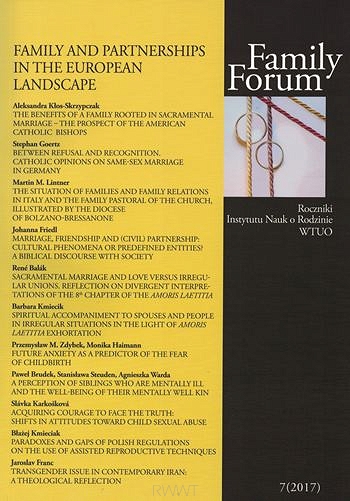 Summary/Abstract: ame-sex marriage, which became effective in Germany on October 1, 2017, has met with mixed reactions within German Catholic Church. Does the new law violate the concept of marriage as is established in the constitution and in cultural tradition? The procreative aspect of marriage, which is emphasized by the German bishops, is undoubtedly socially beneficial. The magisterial critique of same-sex marriage tends to depict this institution as a social threat. If, however, the plausibility of this position decreases since same-sex marriages neither impair existing liberties of heterosexual spouses nor prove to be socially adverse, the general rejection of the legal opening of same-sex marriage will by no means be demanded from a moral theological perspective.