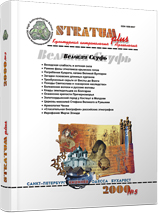 Summary/Abstract: The article is dedicated to three-bead temple-rings and ear-rings – one of the few types of ancient Russian jewellery decorations, which are found both in hordes of the late XI-early XIII cc. and in urban layers and barrow antiquities. The article reviews types of these decorations, most typical of Rus’, place of three-bead rings in the system of the ancient Russian urban jewellery set. It also draws a large number of analogues coming from a vast territory – from the Balkans to Kama. Special attention is paid to development of this type of decorations known from classical antiquity. Several possible schemes of regeneration and genesis of three-bead rings are proposed. Most appropriate prototypes of the three-bead decorations found on Slavic sites of IX-XIII cc. are one- and three-bead rings (influenced by Byzantine and Iranian jewellery traditions), represented on Avars’ sites of VII-VIII cc. On proper Slavic sites, the earliest finds of bead-rings dated by IX c., also stimulated by Byzantine models, are found on the territory of Histria and Dalmatia. The X c. sees bead-earrings with round embossed beads represented over the whole Balkan peninsula from Greece to Bulgaria. In the late IX – early X c. earrings with three filigree beads appear among the late Moravian antiquities. The XI-XII cc. see spread of the fashion for such three-bead decorations over territory of Poland. Since XIII c. three-bead rings with embossed and filigree beads, various in shape, become a dominating type over the whole Carpathian-Balkan territory, and tradition of such decorations does not interrupt in this region till XVII c. In the late X-early XI c. tradition of wearing three-bead decorations spreads in Russia and exists till XIV c. To conclude, the author distinguishes a number of big territorial blocks characterised by common constructive and decorative features typical of various types of three-bead rings. The first block (probably original one for the reviewed period) Byzantine-Iranian; the second – Carpathian-Balkan one; the third – Polish-Turingen (actually, the territory of Czech was probably a bridge between the second and the third regions); the fourth – Early Russian one, which has common features with the second and the third blocks; the fifth – Bulgarian one, close to the second and fourth ones.