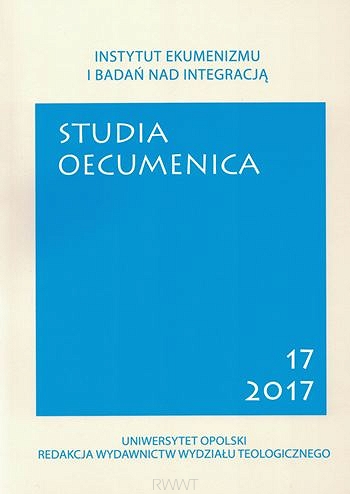 Summary/Abstract: Ulrich Zwingli was born on 1st January 1484 in Wildhaus. He studied in Vienna and Basel. After a few months of theological study was ordained a priest in 1506, and took over the parish community in Glarus, where he stayed until 1516. From 1516 to 1518 he was a priest in the Pilgrimage Centre in Einsiedeln. In December 1518 he was appointed to Zurich. Zwingli’s reformation activity in Zurich revealed in 1520 as preaching activity, theological disputes and removal worship objects from the churches as well as the Lord’s Supper celebration associated with two symbols since 1525. The theological disputation with Luther in 1529 in Marburg, who recognised those changes in the Church as a new dogmatic and disciplinary order, showed to Zwingli his own reformation. It was more radical and dynamic, developing and eliminating the authority of theology. These views became the basis and the content of the First Helvetian Confession of Faith from 1536 laid by Zwingli’s successor H. Bullinger.