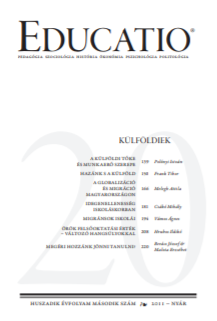 A globalizáció és migráció magyarországon
Globalization and Migration: The Case of Hungary

Summary/Abstract: The study by Attila Melegh (Globalization and migration: the case of Hungary) concentrates on how Hungary has been integrated into migratory processes shaped by the changes occurring in the era of globalization. The study argues that the collapse of state socialism in Hungary was an important consequence of the macro-economic changes in the era of globalization, and the migratory processes since the early 1980s can be explained by these changes. The study also argues that until the early 2000s Hungary was becoming a newly immigrant country with low intensity out-migration, and there was a utilization of some of the comparative advantages here in terms of economic well-being in the country; while, later, this process slowed down and, due to difficult labour market conditions, the country has lost most of its attractive features.