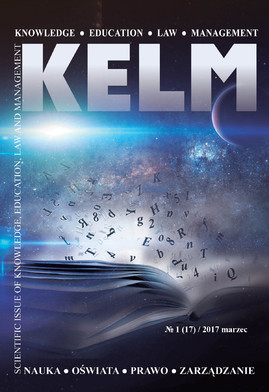 Summary/Abstract: In the paper, the meaning of an utterance is considered from two perspectives: the logical and the psychological one. The logical approach takes into account a number of factors affecting the final meaning of the spoken words. These include, among others: tolerance of an utterance, its vagueness, generality, accent, indirect speech and contextuality. These factors are recognized intuitively by both the message sender and recipient. Otherwise, they could not reach an agreement. It turns out that this problem is considered not only in the logic but also in the field of psychology. Different levels of the ability to recognize the meaning of an utterance corresponds to different levels of empathy and therefore also a different level of communication ability. It seems that logical intuition and psychological empathy are highly convergent abilities. The aim of the paper is not to show that intuition and empathy are the same, but that the same issues are dealt with by various sciences, and therefore the efforts should be merged. In other words, this work is a kind of an incentive to undertake interdisciplinary research. If possible, such measures should replace efforts made in isolation from other disciplines.