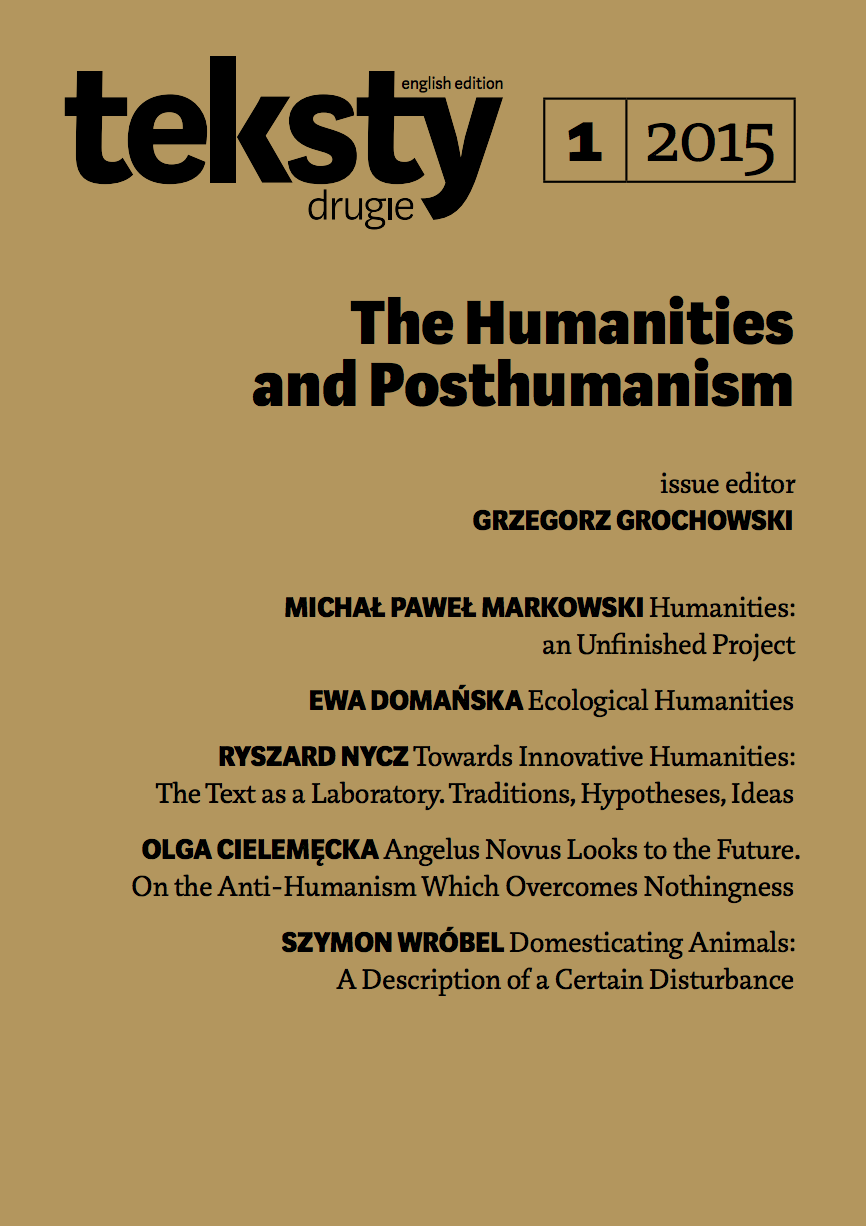 Summary/Abstract: This text is devoted to two most frequent and yet extremely different emotional attitudes of man toward other animals. These include: apparent interspecies approximation, consisting in cramming animals into patterns of specifically inter-human relations; and, a conviction that there occurs a total difference between them and us, which triggers fear, if not aggression, in humans. Both of those positions and the resulting practice appear to be purely anthropocentric, in effect. However, along with changing consciousness and the language we use, such anthropocentrism is weakened and becomes, in many circles, a groundless attitude, if not arrogant and anachronistic indeed.