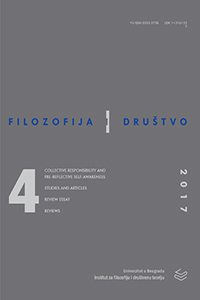 Summary/Abstract: At the basis of tireless efforts to explain the nature of law lies the question of how judges should decide cases. Therefrom arises a need for a theory that would clarify the role of the courts and, moreover, provide guidance to them on reaching judgments. The history of legal theory abounds with various attempts to offer a generally acceptable answer to the question raised. The fervor of debate and the perpetual dissatisfaction with offered solutions prompted the thought of untamable arbitrariness of judges. In the contemporary debate the significance of argumentation is particularly emphasized as a link of the court procedure which provides reasonableness and therewith justification and persuasiveness of the decision. Before going into the matter, I will indicate in broad strokes which areas of legal theory do argumentation and interpretation belong to. The purpose of setting a conceptual framework is to prevent losing sight of the whole as well as to limit the scope of discourse to a certain section of legal issues. The second part deals with the concept of argumentation in general and some specific features of the argumentation in law. The third part examines the role of legal interpretation and draws a clear distinction between the interpretation as a process and the interpretation as a result. At the end of the discussion I shall put forward a thesis that the interpretation as a process is argumentation, while the interpretation as a result is an argument in the justification of judgment.