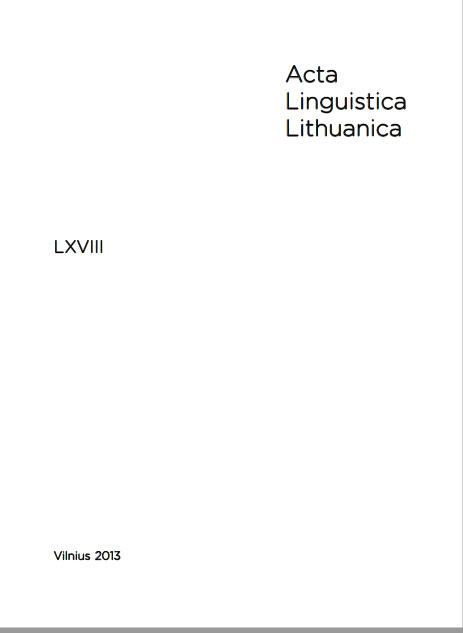 Summary/Abstract: The present article is devoted to the analysis of the development of the feminine-type declension nouns as represented by the 18th century best record of the Northern Zemaiciai (Samogitians) of Kretinga Dialect – the Ziwato, published in 1759. The feminine-type declension comprises three kinds of stem: ā and ā, and also ē stems. The data of the Ziwato Dialect were compared with the data of the present-day form use in the Northern Zemaiciai of Kretinga Dialect. The comparative study of the noun stem paradigms revealed certain characteristic features and tendencies in the morphological development of proper names in the Northern Zemaiciai of Kretinga Dialect. The comparative analysis proved that changes in the noun forms of the feminine-type declension and the abundance of homonymous forms had been preconditioned by the phonetic developments in the Dialect as well as by the patterns of stressing. Thus the morphological development of the dialect depends both on morphological and phonological phenomena.