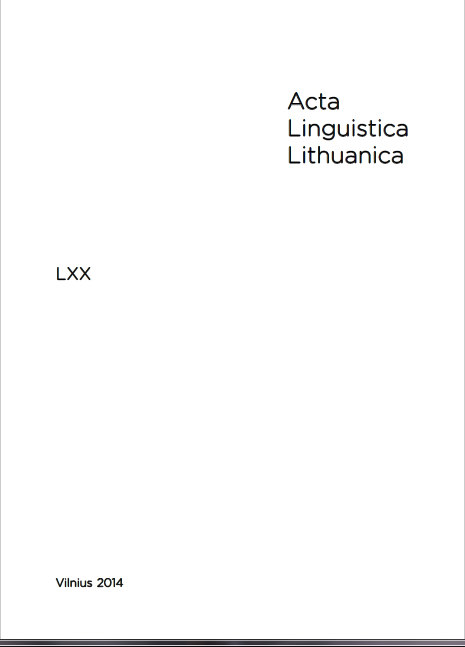 Summary/Abstract: Besides being a language of international communication, English has become the largest source of borrowings for the contemporary world languages. However, despite the fact that borrowing from English is a commonly recognized linguistic phenomenon of the modern world, there is not much written about the incorporation of English borrowings into Lithuanian and Russian, languages that possess many shared linguistic features due to their close historical contacts. The goal of the present paper is to classify the major mechanisms of adaptation and integration of English loanwords in the linguistic systems of Lithuanian and Russian. Based on my research, there are many similarities in the patterns of borrowing English lexicon by Lithuanian and Russian. The most common pattern of integrating English loanwords in both languages is morphological adaptation, especially suffixation. Other mechanisms include phonological, morpho-phonological, syntactic adaptation and word creation. There are also a few distinguishable patterns of assimilating foreign material by these two languages. Based on the analyzed data, morphological adaptation is more productive in Lithuanian than in Russian. In general, the integration of English borrowings in Lithuanian and Russian reflects the most productive native patterns of word formation in both languages.