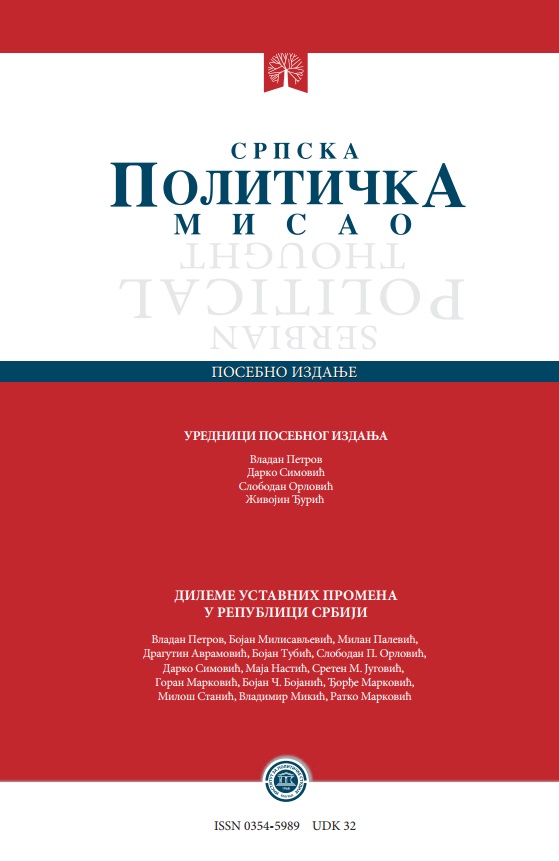 A Review of the Police

Summary/Abstract: Public administration and police reforms are impossible without reforming laws. Therefore, a good legal framework is the ‘necessary prerequisite’ for good administration (and police). The new General Administrative Procedure Act (GAPA; Serbian ZUP) as a whole can scarcely be said to have brought changes to the general administrative procedure for the better! Rather, quite the opposite could be claimed – the poor quality GAPA replaced the one of undoubted quality and with, so to say, a century-long tradition. The new GAPA is of nomotechnically disputable diction; its wording deviates significantly from that of the previous GAPA and from common legal terminology, as well as from the previous and comparative law institutions. This shortcoming can cause practical problems in its implementation. Furthermore, legal terms from GAPA do not follow the conceptual apparatus of substantive administrative law. Although it is a procedural law, its scope seems to be groundlessly expanded to include administrative actions and provision of public services, which now take the form of administrative procedure! On the other hand, the Police Act, although indeed deficient in terms of nomotechnics, diction and editing, still regulates the authorities of the police, and measures and mechanisms for security protection of people and property. However, the human resources management function, which was the main reason for the adoption of the Act, is poorly regulated. The Act disregards the particularities of the police; the (employment) legal status of police officers was made too similar to that from the general administrative legal system and the civil servants system. The greatest expectations from the Act are in the part relating to police staff management, monitoring of employees’ career development, through performance assessments, professional development and other trainings. It is this part of the Act that seems to be too rigid, deficient, conducive to better administration and to substantial increase in costs, while it blurs the basic and most important mission of the police – safety of citizens and their property. And most importantly, lacking clear and solid legal criteria, it leaves room for arbitrariness. Our public administration should be rationalised, in the true sense of the word, rather than in the way the political public have erroneously and euphemistically used the term to point to workforce reduction, because rationalisation does not necessarily mean the layoff of public sector employees. On the contrary, the growth of public administration is a tendency in the development of public administrations. What should be done in this respect is the systematic analysis of administrative tasks and duties. The starting point for rationalisation can be the review of acts on internal organisation and systematisation of posts within public administration authorities and organisations. These analyses would lead to appropriate syntheses, which would be practically applicable in the reform of public administration.