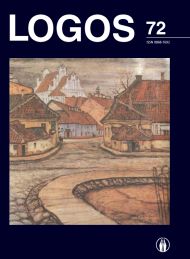 Summary/Abstract: The paper analyzes a phenomenon that could be called, from the philosophical point of view, a ’presence of absolute Oneness’. Descriptions of the phenomenon may be found in the writings of the mystics of all major religions. The constructivists, nevertheless, repudiate the possibility of an unmediated mystical experience. The paper focuses on the notion of the Absolute and its presence in human consciousness as it is found in the writings of Plotinus and Zhuangzi. These two philosophers talk similarly about the One as the source and purpose of all Being, despite belonging to different intellectual traditions. The paper analyzes the state of the wakeful though contentless consciousness that is of most importance for both authors. It is not an achieved union between the human and the Divine and not a perception of the oneness of the world observed from the outside. The paper raises the question: even though such presence of absolute Oneness is described in terms of a particular religious and/or philosophical tradition, can it be considered a ’religious experience’ or even ’experience’ at all?