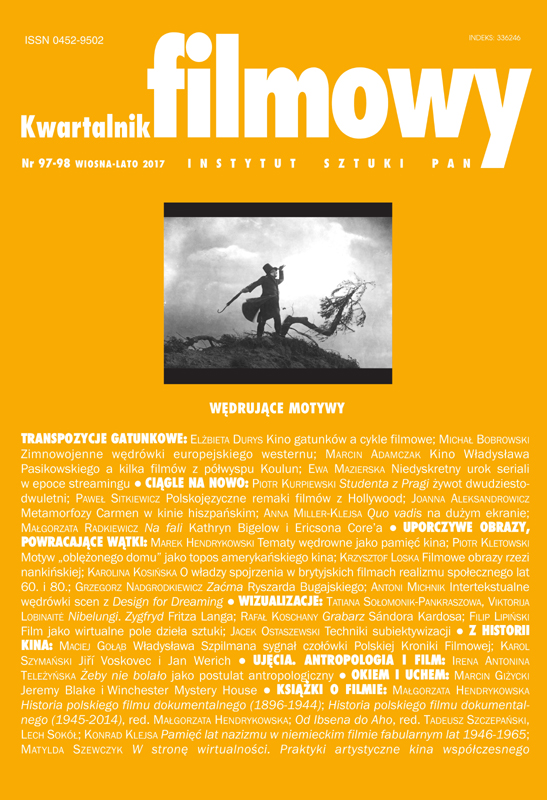 Summary/Abstract: In his article Nadgrodkiewicz presents an analysis of selected scenes from the movie “Blindness” (“Zaćma”, 2016) directed by Ryszard Bugajski. For the author the main interpretative context is the tradition of the passion film – a subgenre within religious film – which is based on reiterated evocation of the archetypical image of the Passion of Jesus Christ that undergoes different artistic transformations in a movie. The author argues that “Blindness” can be perceived as a film that in its deep, oneiric layer of narration reveals itself as a peculiar remake of the passion theme. In order to reinforce the thesis Nadgrodkiewicz proposes a theoretic model of the wandering of the topos of the Way of the Cross and then states that Bugajski’s film in some sense disguises itself in the viewer’s eyes, hiding its status of a remake. The article is recapitulated with the metaphor of the reincarnation as an everlasting wandering of the topoi.