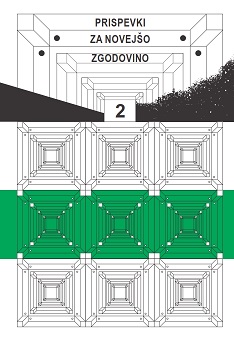 Summary/Abstract: For a vast majority of Slovenians and Slovenian soldiers there was no doubt that the Slavic opponents of the Monarchy were, due to their undisputed Austrian patriotism, nothing but enemies to the Monarchy. In the period from 1914 to 1916, such sentiments were encouraged by two Slovenian political daily newspapers, i.e. Slovenec and Slovenski narod, whose attitude allowed no ideas about interaction between Slovenians and the other Slavic nations. Regarding the issue of Slavic identity, they found the front lines which ran between Austria-Hungary and Germany on the one side and Slavic countries fighting them on the other to be the deciding factor. Despite some articles in which no harsh words were shared concerning Slavic opponents, the path to considering the mutual Slavic identity was decisively closed at both newspapers. There were only the Austrian sense of self-worth and its narrow attitude towards the Slavic identity and culture. Both Slovenec and Slovenski narod significantly consolidated the position that Slovenians – just like other Slavs in the Habsburg Monarchy – were Austrians, and those who did not feel the same came from a different planet. This attitude was the result of the war, which made Slavic affiliation inferior to the interests of countries fighting in it.