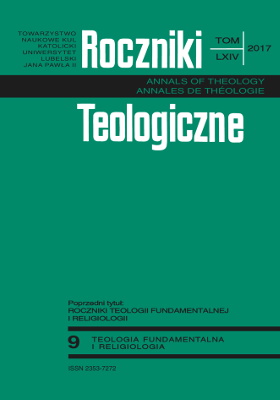 Summary/Abstract: According to the Catholic faith the Church established by Jesus Christ subsistit in the Catholic Church as the Universal Church (Ecclesia universalis, Catholica). This Church is also communio Ecclesiarum and subsistit in local and particular Churches, and in community among them. Joseph Ratzinger, following the teaching of the Catholic Church, reminds that a local Church (Ecclesia localis) means a patriarchy or a `specific community of traditions and rites' and a particular Church (Ecclesia particularis) means a community of believers subjected to one bishop (a diocese).Post-conciliar Catholic ecclesiology has been mostly focused on the Universal Church. Such `universal' ecclesiology earned mature methodologies. But meantime, the Universal Church has also been present in local and particular Churches which are making their own history and identity day by day. For example, in 2016 the Catholic Church in Poland celebrated 1050th Jubilee which itself offered an opportunity to describe its main dimensions and identity. So-called young Churches are on their way to establish their identity. By no means, in our times and eyes the `identity' becomes one of the key-words in theological refection on the Church. The more secular the modern world and culture become, the more clearly one can see the difference between them and the Church.This paper offers a methodological outline of the identity of local and particular Catholic Churches. Its purpose is to name and shortly describe main kinds of such identity (theological, historical, ethical-moral, cultural) and their components. But first, making some remarks as introduction is very much required.