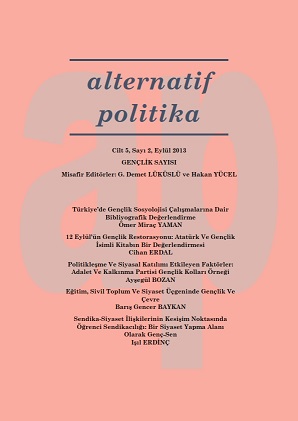 Summary/Abstract: Since 19th century, during the nation-state establishment periods and through 20th century, political roles were attributed to the youth, which were the result and the representation of the modernity. These roles have differed in different periods of the nations depending on the socio-economic and cultural changes, while the concept of youth is affected by such changes. There is a common discourse in Turkey which supports that after the military coup on September 12 and neoliberal policies applied by Turgut Özal’s government in Turkey, the youth became apolitical and a generation that stayed out of the politics was created. Did the September 12 regime really meant to have youth stay out of the politics? In this article, the effort of September 12 restorations towards rebuilding the youth will be analyzed through a collective work titled “Ataturk and Youth” published by National Education, Youth and Sports Ministry Youth Services General Administration.