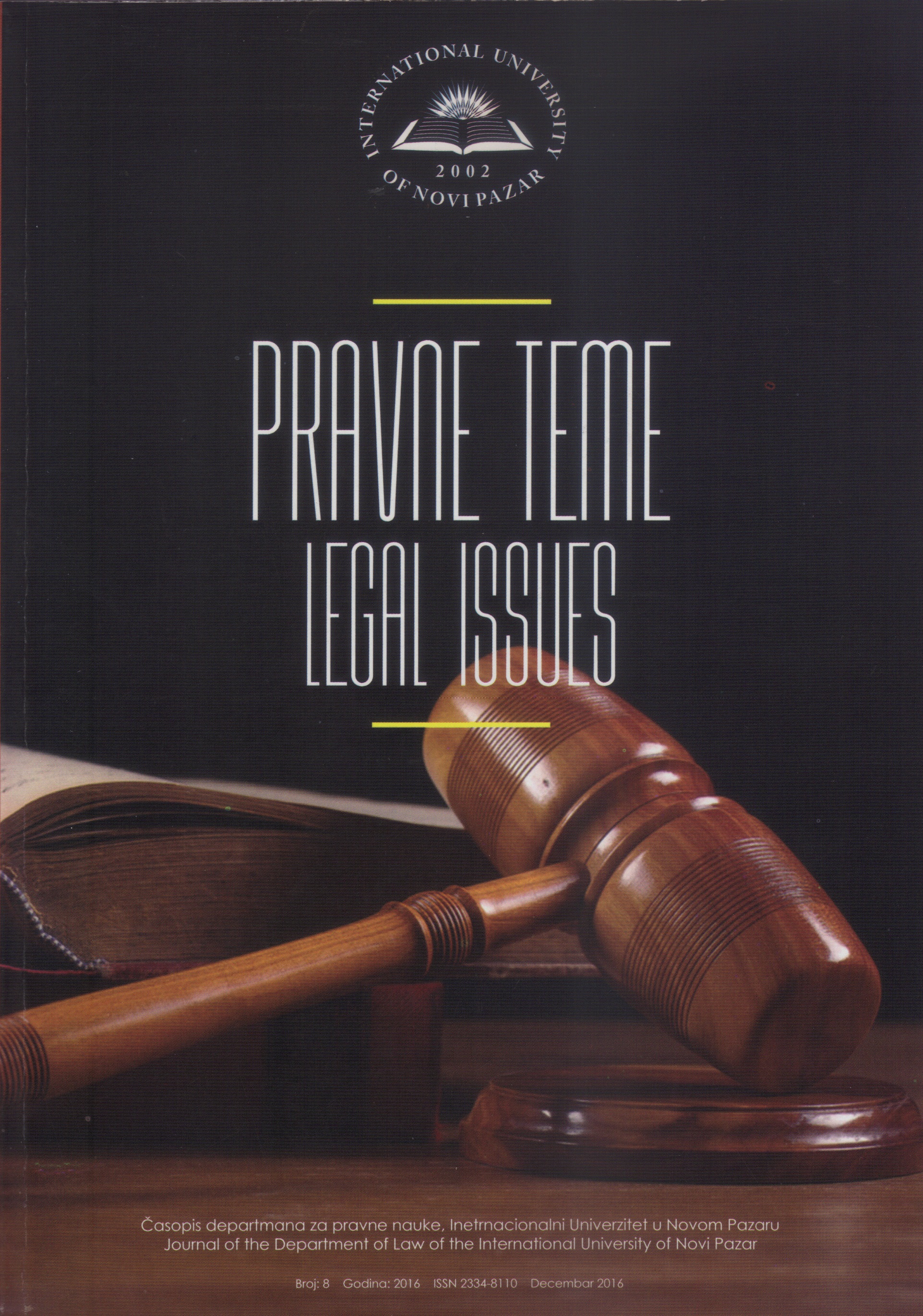 Summary/Abstract: The history of human society, among other things, was characterized by numerous contradictions, animosities and conflicts of interest among the countries as the most organized human collectivism and interest groups or collectives within numerous countries. In the process of overcoming intertwined and conflicting interests of civilizations, nations, countries and entities within the states, it was often the case when one of the parties, rather than with reasonable, democratic forms of communication, resorted to irrational or violent forms of communication. Numerous are circumstances that have affected the determination of opposing (conflicting) parties as to what kind of violence or force will be used to resolve disputed or allegedlly controversial issues, or problems, as well as achieving a political goal.