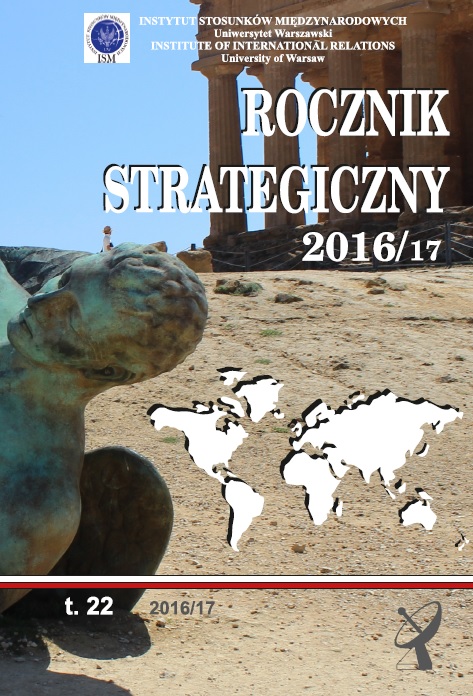 Summary/Abstract: The article discusses Poland’s foreign policy in 2016/2017, the year Poland faced criticism of international institutions, e.g. of the European Commission which initiated the rule of law procedure against Poland because of the unconstitutional changes introduced by the country’s government. Poland called for a debate on EU’s future reform, but was against further political integration and emphasized the need to come back to ‘EU roots’ and to guarantee respect for state sovereignty. The government focused on deepening its cooperation with the UK and the V4 states. 2016 was a breakthrough year in terms of security. During the summit in Warsaw in July 2016, NATO decided to strengthen the Alliance’s military presence in the East, among others in Poland. The greatest surprise in Poland’s Eastern policy was the development of relations with Belarus.