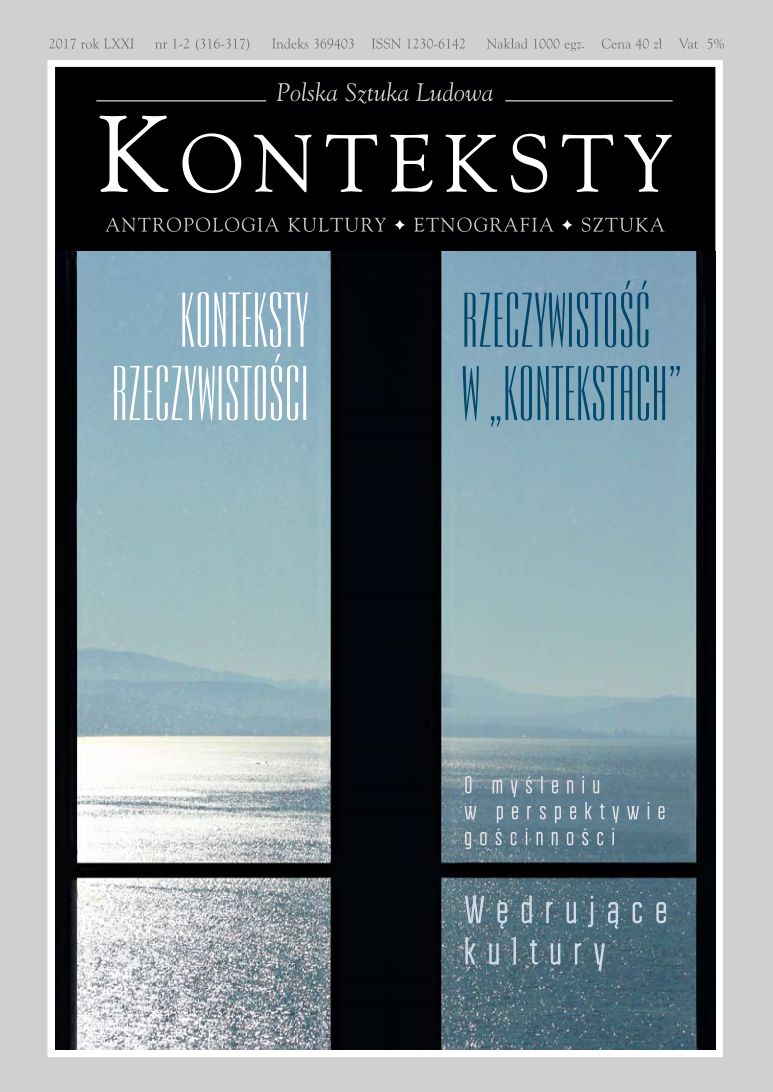 Summary/Abstract: The article discusses group behavior in urban public space, usually described as demonstrations, and situates it within an extensive spectre of assorted forms of social protest. An interpretation of those phenomena refers to methods applied by the anthropology of spectacles and the research procedures of ”urban cultural studies”, including urban ethnography. The article evokes the concept of the “right to look” (J. Rancière, N. Mirzoeff) and poses the problem of the “equality of perception” as a premise for “political equality” (A. Berleant). Demonstrating and watching demonstrations produce something that can be described as a “stage effect”; this is the reason why it is important to observe demonstrations from – generally speaking – the perspective of the anthropology of spectacles and not merely from that of politology or the sociology of social movements. The problems broached in the article are of essential significance for the social history of Polish culture. Group behavior described within an historical interpretation shows how the Polish national symbolic imaginarium has changed since the nineteenth century, the way in which it shifted from the scenery of a gentry manor house to the space of the large city. The historical perspective accepted in the text makes it possible to portray the wide repertoire of group behavior, which could be recognized as the “primeval form” of present-day street demonstrations confirming the durability of the so-called resistance cultures and their constitutive role in social life.