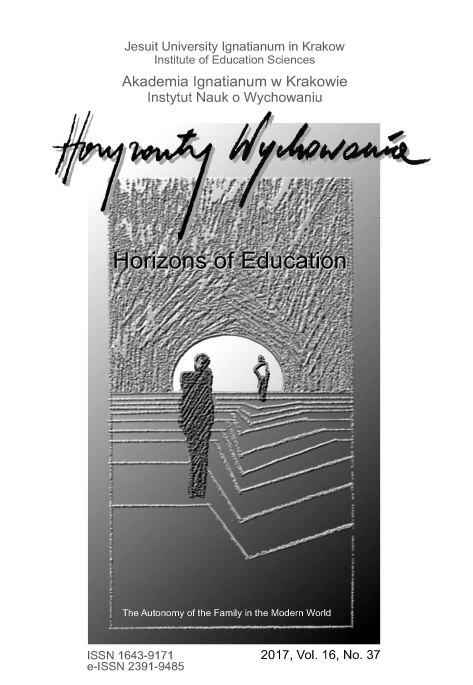 Summary/Abstract: RESEARCH OBJECTIVE: The purpose of this article is to understand autonomy of the family in the ‘modern’ world by locating the family in the historical changes that led to its present form. The autonomy of the family was shaped in two ways, as collective mentalities and as private space. THE RESEARCH PROBLEM AND METHODS: The present research problem concerns an important inquiry into the private space of the family and the role of the state in shaping and governing the individual by intervening in the family. The paper uses the method of historical inquiry and analysis of reference literature. THE PROCESS OF ARGUMENTATION: After having defined the aim of the study and the fundamental concepts (modernity, autonomy, mentalities) there has been presented the psychogenic history of the family in the context of France. This is followed by the presentation of changes in mentalities and private space in the family, with a special emphasis on the changing focus on the child in the family. The essential part of the argumentation was also to build the concept of autonomy through the changes in mentalities and private space that unfolds in three stages of the psychogenic history of the family. RESEARCH RESULTS: The result of this argumentation is the autonomous space of the family in the modern times, which is impacted by the state and popular culture. CONCLUSIONS, INNOVATIONS AND RECOMMENDATIONS: This analysis confirms the changes of autonomy in the family from the middle, to the modern and across the contemporary times through the conceptions of (I) collective mentalities, (II) private space and sociability and (III) govern-mentality. It argues that ever since the turn of the modern, the family has never been autonomous, though in law it appears to be a ‘private space’. Family in the contemporary times is insidiously governed by messages and images that circulate in media. Autonomy of the modern family has always been under threat. The arguments point to the necessity to question and problematize the contemporary conceptions of family and the child as mirrored in the domain of popular culture.