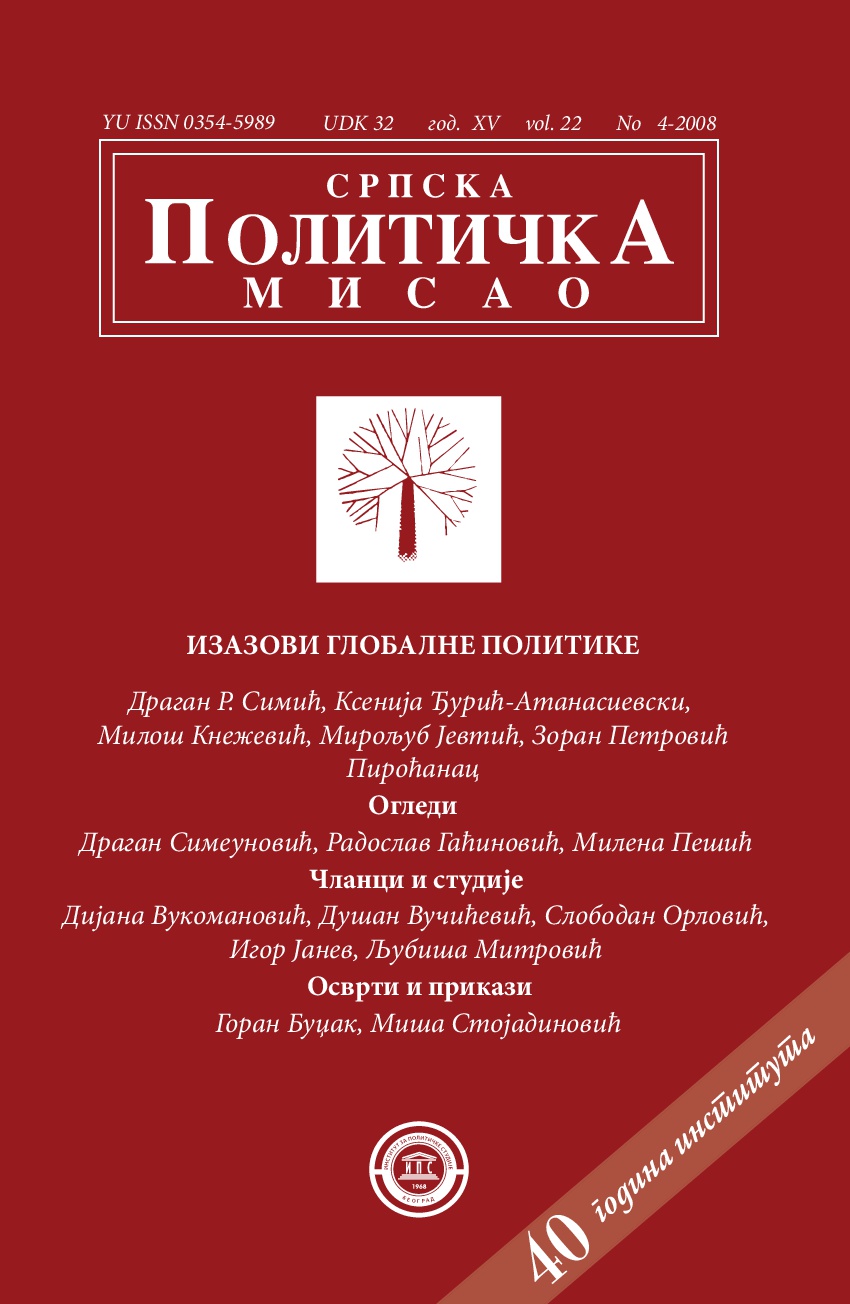 Summary/Abstract: European countries get involved in the process of globalization in many different ways. Some of these ways are individual and the others are collective. The most important aspect of globalization is EU, European Union. At the moment the vast majority of European countries are EU members. There are some Balkanic countries among them, such as Greece, Bulgaria and Romania. Other Balkanic countries also show serious intention to join the EU and become lawful members. European Union was roman catholic- protestant community until Greece has joined it. With the admission of Greece the religious quintessence has changed. So, that one orthodox country with orthodoxy as an official religion becomes member of EU. This changes religious quintessence of EU essentially. Apart from that, the labour influx from developing countries even more complicates religious situation in Europe. There are various followers of Muslim, Hindu or Buddist religion. Though, newcomers have remained minority in traditionally roman- catholic and protestant countries. But this minority, that grow day in day out, essentially change christian character of EU. Despite of that Greece was the only country of different religious orientation for a long time. With the admission of Bulgaria, Romania and Cyprus the religious structure of EU has changed essentially. Serbia, Ukraine and Georgia are also orthodox countries. And all of them tend to join the EU. If this happened the orthodox would become almost equal in proportional relations. And eventually Russian joining of EU would result in orthodox domination in EU. Albania also tend to join the EU. And Albania is dominantly Muslim country. Therefore, Muslim Albania, huge Muslim community in Bosnia and Herzegovina, Serbia and Bulgaria and numerous Muslim minorities in founding countries of EU raise many questions. One of the most important questions is a question of cultural identity of Europe. Demo- Christian and People’s political parties want to point out in EU Constitution that Europe has Judeo- Christian roots. Left political parties did not accept that. So that this clause has not been included in draft of European Constitution. But this problem has not been solved yet and the future will be very interesting.