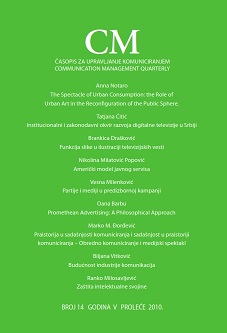 Summary/Abstract: North American public broadcasting service considerably differs from European. Public service functions are identical. Nevertheless, the manner of its realization considers organization model that is not applicable to European terms. The aim of this paper is to study American public service model, from governmental to local level. The subject of case study was WQED – TV, Pittsburgh, PA, from 2003 to 2008. PBS is not striving for ratings; it is socially engaged for the purpose of promoting American nation and its diversity. Its future is rooted in local community.