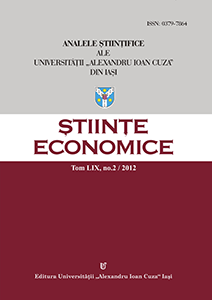 Summary/Abstract: This paper is based on finding the characteristics that could have made crises in Central and Eastern Europe occurred n the pats forecastable based on lagged time series analysed as a set of binary models estimated with the extreme value approach which is suitable for irregular non stationary data on rare events. This method has been used in order to predict the possibility of rare events such as earthquakes, floods or other unpredictable by trend disasters. I use this method for the very first time in macroeconomics and especially in currency crisis events. The sample consists of five countries of central and Eastern Europe (Belarus, Bulgaria, Moldova, Romania, and Ukraine respectively) for a thirteen year period (1995-2008). The results show that explanatory variables can work as a predictor in the case of Bulgaria, Belarus and Moldova but not in the cases of Romania and Ukraine.