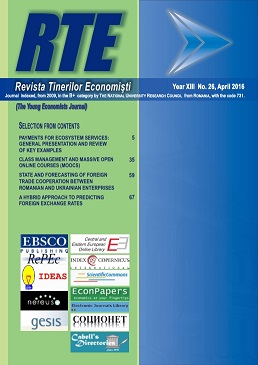 Summary/Abstract: July 2007, United States – the emergence of the housing market crisis. The impact was devastating from the economical and financial perspective. Contrary to the belief of some, who stated that the highly developed economies of Europe would not be affected by the USA’s economical downturn, the crisis hit Europe in 2008. For Romania the year 2007 also marked the integration in the European Union. As a reaction to the crisis, the Romanian government has negotiated and has signed an agreement with IMF, EU, EBRD and the World Bank for a financial loan of 20 bill. EUR. In addition, the European infusion of financial capital in the form of structural funds was, is, will be a main support in the recovery of Romania’s economy.The study presented in this paper is meant to proof the impact of structural funds at a micro-economical level.