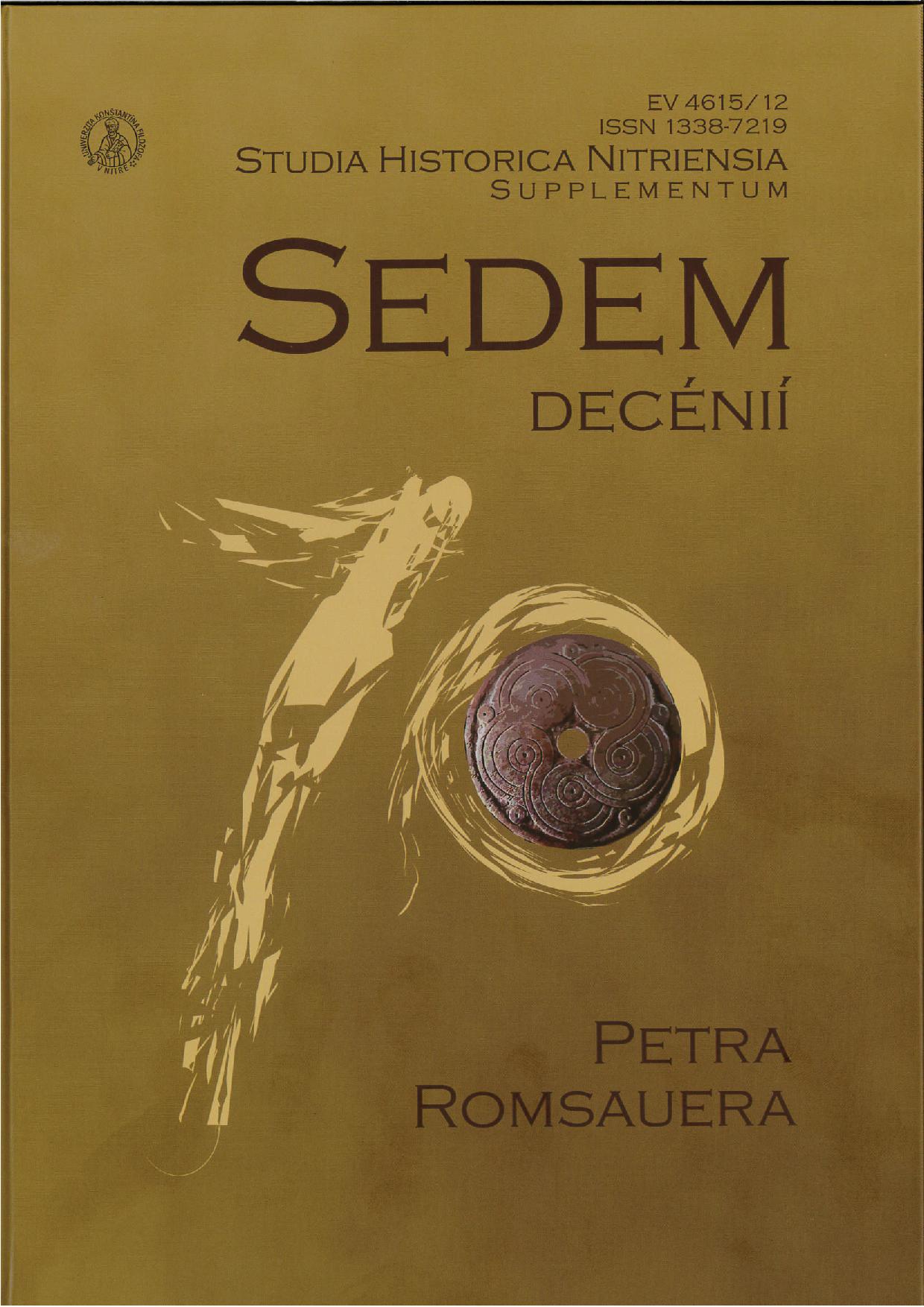 Summary/Abstract: On the basis of examination of literature and archive sources, the author has attempted to make a general inventory of “Scythian” militaria which have been registered from Kotouč u Štramberka and its nearest surroundings so far. He came to the following result: there were 15 bronze arrowheads, 13 of them were threeedged and 2 were double-edged, a four-sided bone point with a socket, a bronze pendant (“vorvarka” in Russian literature); a unique notice does not exclude fragments of other two bone arrowheads without sockets. From this collection, only four three-edged bronze arrowheads, one double-edged arrowhead and a “vorvarka” can be currently found. Nevertheless, representations of almost all now missing finds have been preserved in literature or archive reports. According to them, the “Scythian” finds can be divided into two chronological horizons. Most of them can be dated in the interval between the end of the 7th century and the first half of the 6th century BC, i. e. stage HD 1, or HC2 – HD1 (three-edged bronze rrowheads with projecting sockets, double-edged bronze arrowheads, a bone point and probably also “vorvarka”); their occurrence can be connected with the successful “Scythian” attack on the Hallstatt hillfort in Kotouč. One three-edged bronze arrowhead (with a hidden socket), however, is younger (HD2 – 3; Chotín type) and indicates existence of a later, Late Hallstatt, settlement horizon. This assumption is supported also by some other metal finds (especially circular bronze jewel) from the hillfort, although it has not been proved in the pottery from Kotouč and its nearest surroundings.