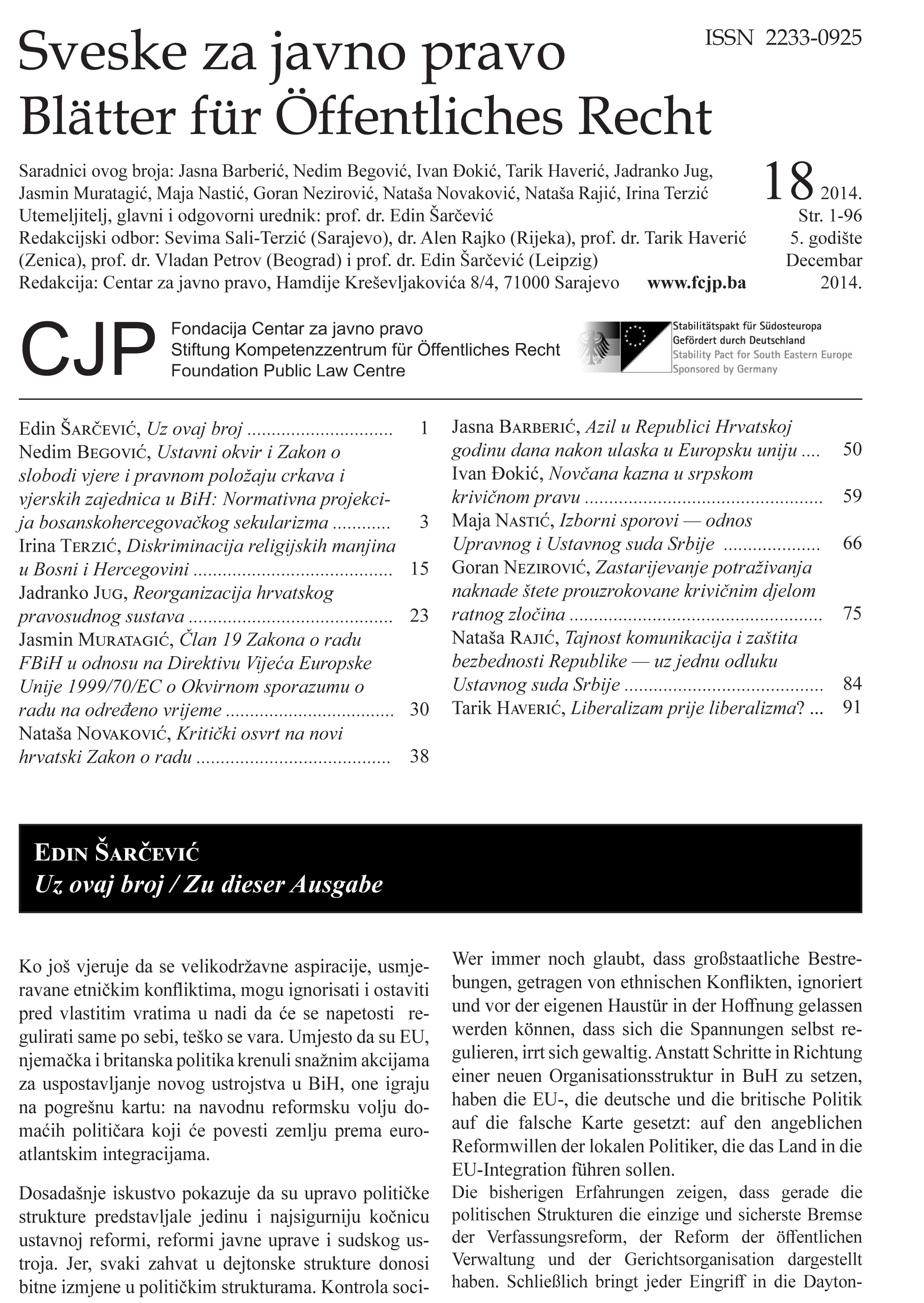 Summary/Abstract: July 1st 2014 marks the first anniversary of Croatia’s accession to the EU but also ten years as of the en¬try into force of the first Croatian Asylum Act (Official Gazette of the Republic of Croatia, no. 103/2003). Against this background, the article will try to examine some of the most important changes in the area of asylum law and practice that took place in Croatia in the past year. The article also covers relevant data on cases of practical application of the asylum legislation in Croatia in the preceding year. The article will argue that even though significant progress in refugee protection standards has been ac¬complished by adoption of relevant legislation, and while Croatian legislation is fully aligned with the relevant European and international legislation, there is still work to be done, primarily concerning the integration of refugees in Croatian society.