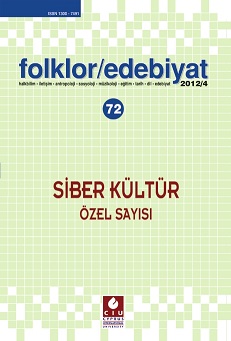 Summary/Abstract: Following the entrance of computers, the internet and cell phones to our everyday practices, information technologies kept on occupying more and more space in our lives and have formed what can be defined as cyber culture. For understanding the components and dynamics of this culture, which is under constant change through different branches like web 2.0, smart phones and social media, cyberethnography has emerged as a new research methodology, taking its roots from ethnographic methods and redefining the field. Although it was not found ethnographic enough by some traditional researchers, cyberethnography finds room for itself in the literature by being embraced by researchers of cyber culture, who inevitably keep in touch with technology. This paper takes cyberethnography through massively multiplayer online role-playing games (MMORPG) in terms of the innovations it brings to social research and the experience it provides to the social researcher. The change from video games towards console games and MMORPG as an important part of cyber culture, turns the phenomenon of computer games from being an individual-and antisocial concerning the negative perceptions towards games-act into a social phenomenon in which many people are interacting with each other. These games have formed their own jargon and sub-culture. These games not only force the character in the game to have communication with other characters in solidarity for being successful and going towards upper levels but they also have a structure providing players with communication inside and outside the game. This paper has suggestions for the cyberethnography of MMORPGs.