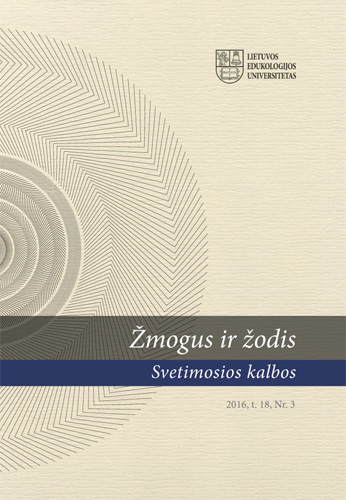 Summary/Abstract: In this article, a new method for the reconstruction and conceptual modeling of a single mental unit of water reflected in I. Bunin’s prose is presented. It is proposed that verbalized conceptual units as a holistic domain of knowledge can be deconstructed into smaller components, or subconcepts. For use in the cognitive studies of I. Bunin’s prose, this method allows for a way to determine the link between the separate meanings of the lexeme water and the particular structures of knowledge represented in this substantive and derived from it. Using the notion of “categorization”, it is shown that the semantic structure of the lexeme water, its values, and sub-values become the basis for the development of separate cognitive knowledge, named here as subconcepts liquid, space, and element. This set of subconcepts is the core of the conceptual structure of the water mental phenomenon in I. Bunin’s prose. Being thought of as part of a single gestalt of water, each of the derived subconcepts acquires pragmatic increments of a connotative and symbolic nature, together determining the sub-logical level of this mental entity in I. Bunin’s prose. Thus, seen as a linguistic method of analysis, the disassembly of the conceptual knowledge implied in the lexical unit of water and its values promotes the reconstruction of the concept as a holistic mental entity, determining both the specificity and formation of I. Bunin’s texts.