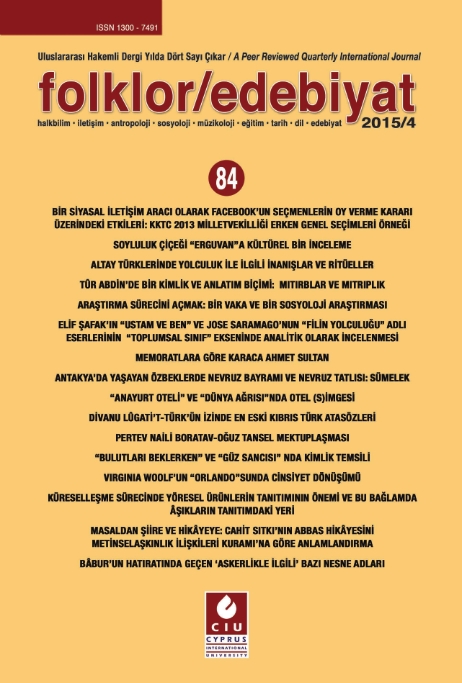 Summary/Abstract: The concepts of ethnicity and nation states, in political discourse to discuss, the issue of ethnic identity are addressed based on the political context. In recent years the issue of minorities is becoming more conversation, of belonging, social memory and ethnic identity has also spoken of becoming problematic.. in the field social and political identity discussions, the movie theater itself demonstrated on the movie also. In our country since the early years of the cinema screenings, several film includes ethnicity representation. When Yeşilçam films are examined, it is presented with the generalizations and represent prejudice can be seen. Today, get away from the abstract and general approach, a completely different perspective, trying to catch Director are also available. Waiting for the Clouds, taken in the 2000s and again in the 2000s, taken Pains of Autumn movies are once again on the issue of minority representation allows us to think about. Waiting for the Clouds, having cut off from her family and female character from the film mother tongue, Turkish and Muslim majority in the face of everyday life while focusing on how to set up; Fall within the historical process in our country the Greeks the movie life Pains of Autumn completely focuses on the political events that changed.