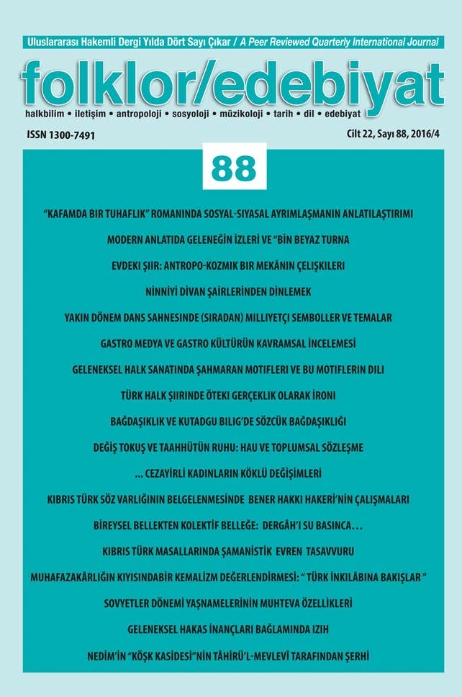 Summary/Abstract: Assia Djebar is among the contemporary woman writers, who mark both Algerian and French literature through her works that deal with the changing station of Algerian woman during the history of colonialism. Djebar, who is also Algerian, turns towards authoring since she is troubled with the situation that Algerian woman are in. She aims to be the voice of silenced woman of her country by narrating the sensations and thoughts of Algerian women through the medium of her novels, short stories, poems and films.Algeria, which is characterized as a conventional society, is averse to becoming contemporary, urbanization, industrialization, individualization, technological advancements and innovations. This society that is attached to tradition blindly, enforces the individuals to live in the direction of determined boundaries. Hence the customs that are inherited from generation to generation, cause women to lapse into silence by defending that men are predominate to women. This situation of Algerian woman undergoes a drastic change with the arrival of French colonialists to their country. During the early times of colonialists’s settling into Algeria, Algerian women become more introverted because bad attitudes of the settlers frighten them. But then over time, the statuses of women who have the chance to observe the French and who take sides with men in Algeria’s resistance against colonialists, begin to improve positively. Consequently, Algerian women’s changing statuses in the processes of colonialism, revolt and Algeria’s independency will be scrutinized in this study through Assia Djebar’s novel named as La Femme Sans Sépulture and film called La Nouba Des Femmes Du Mont Chenoua.