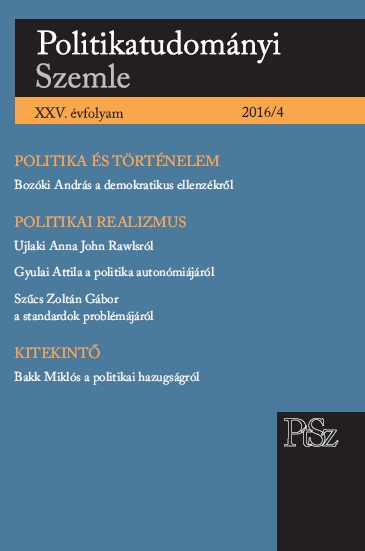 Summary/Abstract: On the borderline between political theory and moral philosophy it is usual to bring up the question of Truth in Politics (writings of Hannah Arendt are important in this respect). If we invert the question and try to discover the nature of lying in politics, we immediately face the discursive nature of politics. In this respect, the oral nature of politics introduces “lying” as part of e political action. This means a fundamental change of framework because the moral aspects are de-emphasized and in discursive restraints appear in the foreground and shape the political actions. The study examines some circumstances of the discursive nature of the politics, such as politicization, the question of the populism and of the objectivity.