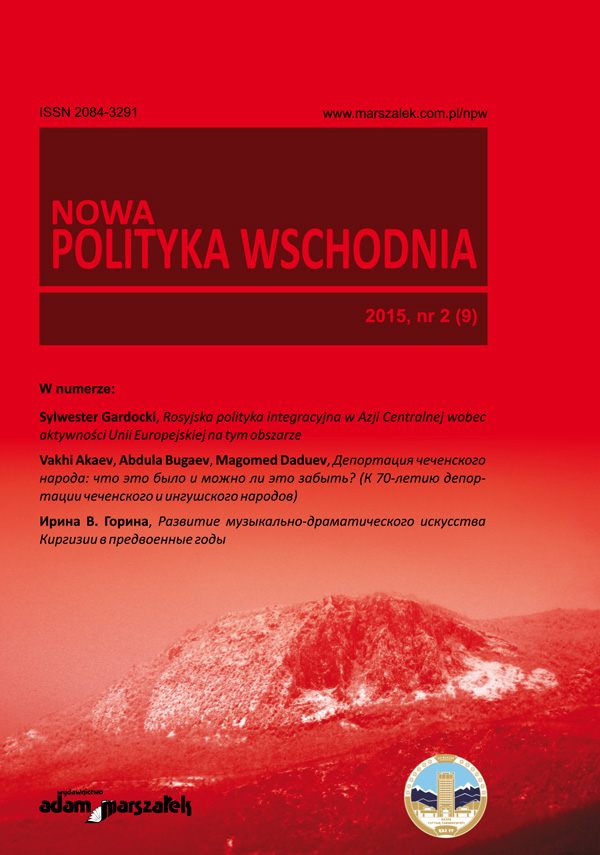 Summary/Abstract: The article is seeing as being build the cultprosvetrabota for the prewar years in Kyrgyzstan. It was the great time for many urban and rural clubs, which at-tached to the creativity of the population have become a solid foundation for fu-ture theater staffs.At the end of the 1930s, Philharmonic and 16 theaters were already actively functioning in the Soviet Kyrgyzstan. They worked in different fields: cities and regional level, state and collective farms. They staged their productions in three languages: Kyrgyz, Russian and Uzbek. The regular holding of parades and cre-ative competitions boosted artistic level of performances, mastery of artists expanding the repertoire theaters.The most important step in the preparation of national professionals was opening of musical, artistic, musical and choreographic schools, choreographic studio in the capital of republic. For the prewar years markedly increased choreographic art of Kyrgyz groups. The clear evidence was the Kirgiz musical perfor-mance of classical choreography “Cholppelia”, “Rivals” and the first national ballet “Anar” in the Kyrgyz Ballet Theatre.The Kyrgyz ballet “Evening of Ballet” included some of the compositions of the Kyrgyz and the other nations dances, few classic passages of Russian and foreign authors.Russian choreographers Holfin N. Kozlov, composers V. Vlasov and Fere, painters J. Shtoffer producers Vasiliev, K. Dzhantoshev and many more actively worked on Kyrgyz scene. The skills of Kyrgyz ballet and opera artists A. Umet-baeva, A. Moldobaeva, K. Niyazalieva, M. Ryskulov, and A. Mamakeeva continu-ously improved.