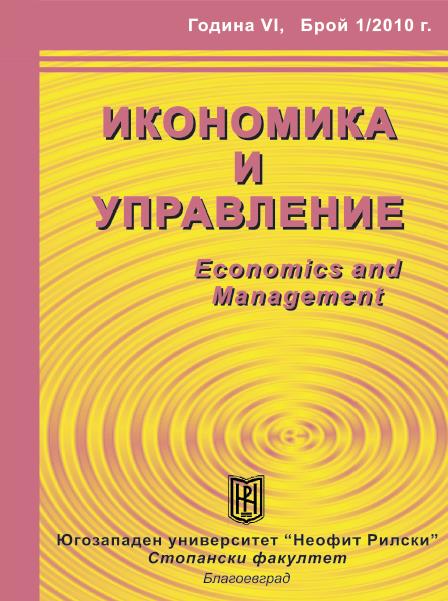 Summary/Abstract: The idea of sustainable development has emerged as an alternative to the growing environmental crisis over the past few decades. It was formed in the seventies of the twentieth century, emphasizing on the link between environment and economy. The concept of sustainable development has gained great popularity with the report of the World Commission for Environment and Development (1987), in which is also added the human dimension of this term. That document catalyzes the development of the concept of sustainability and provoked numerous disputes about its nature. They found their solution in one or another extent during the Conference on Environment and Development (Rio 1992), Johannesburg (2002) and conducted in the range of 2002-2007 forums in Goteborg, Lisbon and Leipzig. Sustainable tourism is a new concept and it is a continuation of the idea of sustainable development. Sustainable tourism seeks not only to minimize the impact on the biological environment, but also to shape the views of tourists before and during their journeys and to cause environmentally friendly tourism practices, at the stage of formation of the tourist markets, issuing travelers. This is evolution in tourism, which on one hand is consistent with the interests of the welcoming party and on the other with the interests of the visitors. All activities in the area of meeting, must comply with certain capacities of natural resources, i.e. to be respected the principles of optimization and economy of the used resources. “Cultural tourism is a type of tourism that uses as a resource heritage - cultural and natural values of the environment, storing the collective memory of society “(IKOMOS, 1999). According to Krastev (2009) this type of tourism is split between two specific types of tourism: cultural (inspired by the cultural heritage and diversity of living cultures) and ecotourism (environmentally oriented) which most often have a common field of action, in natural areas rich of cultural heritage. Both types of tourism aim to achieve sustainable results, when not only use but also protect the values and authenticity of their specific and often irreversible resources. Therefore, trends in the development of cultural tourism largely reflect trends in the role of cultural heritage and tourism development in the world today and tomorrow. Based on the concept of sustainable tourism development, the article attempts to launch the idea of building a conceptual model for water cultural corridor in the coastal areas of Romania, Bulgaria, Turkey and Greece.