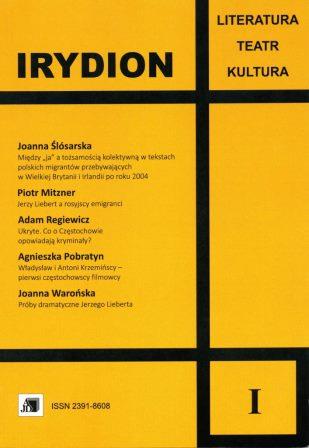 Summary/Abstract: In the Andrzej Kalinin's  article  I portray the effect of Soviet’s  invasion on human life in Poland.  I try to show the truth of people’s  loneliness  who were forced on Soviet  labour camps. The purpose of the article is to show the hero towards the  space, towards others and in the relationship with God and also to show that fate of hero is a generalization fate of Polish deportees.