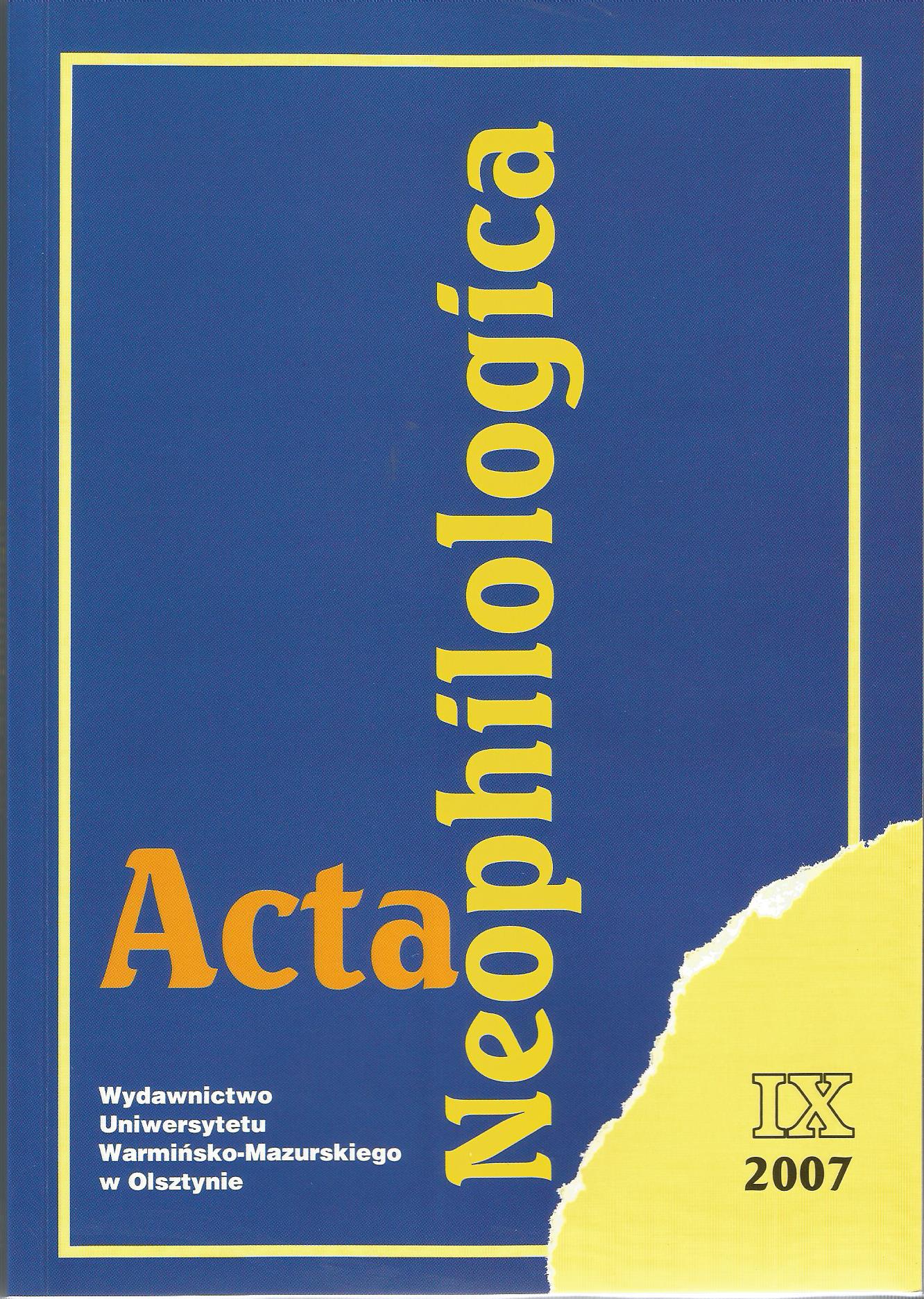 Auf der Suche nach der polnischen Identitat. Zum romantischen Kulturmuster in Polen
In the Search of the Polish Identity. On the Romantic Cultural Paradigm in Poland

Summary/Abstract: The present article shows the moulding of the national identity of the Polish, their struggle ofindependence through the national uprising as well as the literature and the art. The period ofa romanticism in Poland is the formation time of a national culture and myths (The PolishMessianism). They will build the mentality of Polish people during next decades. The culturalpatterns formed in this period, especially the struggle of freedom and the sovereignty, will go backin the periods of a civil or a political captivity. Untill today is the Polish romanticism - as wasshown in the text - an element of the national culture and tradition, which is referenced by artists.In special pieces of the literature of the period became the canon of Polish national literature.