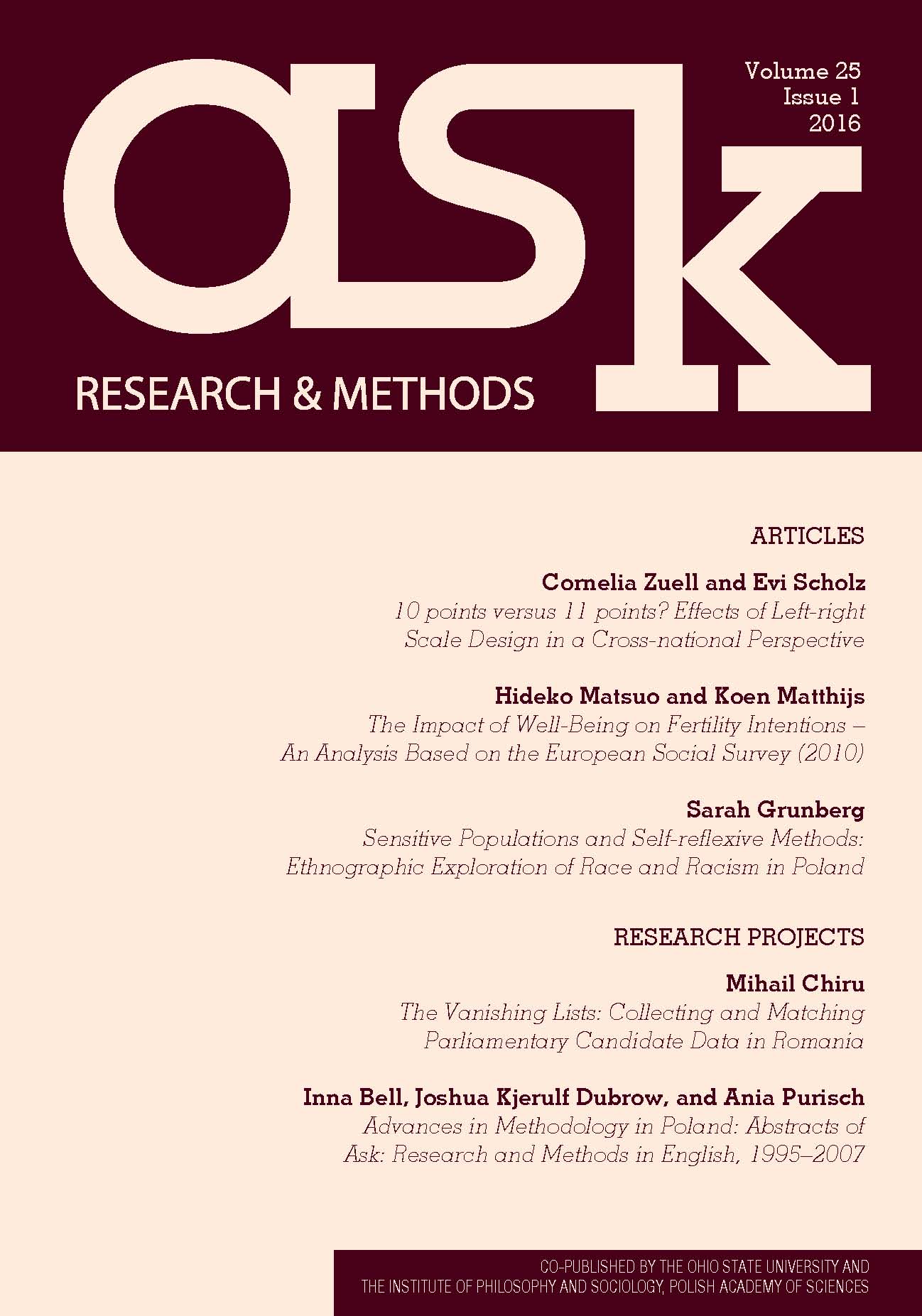 Summary/Abstract: Left-right self-placement on a unidimensional scale is a standard question in many social and political surveys to measure respondents’ ideological orientation in a minimalist way. Although the left-right scale is a standard question, the scale design is not standardized across surveys. One aspect of scale design is the offer of a midpoint. This paper is about design effects on central left-right scale placement in a cross-national context. How do respondents answer if there is no true midpoint: Do respondents who want to express a middle position, in the case of a 10-point scale, use scale middle categories as a substitute for a true midpoint? Are ﬁndings consistent across countries? Offering a midpoint is much debated among researchers and quite often, a midpoint might serve as a hidden “don’t know” or a missing attitude. Does nonresponse increase when non-attitudes cannot be expressed by choosing the neutral midpoint to hide nonresponse? If middle categories in the 10-point scale work as substitute for a true midpoint in the 11-point scale, nonresponse will not differ. We tested these questions in a split-half experiment where either a 10-point or an 11-point scale was asked in an experimental web survey ﬁelded in six countries. Our results seem to conﬁrm the idea that respondents who favor choosing a scale middle ﬁnd a virtual center in the 10-point scale. However, results are inconsistent in cross-national perspective.