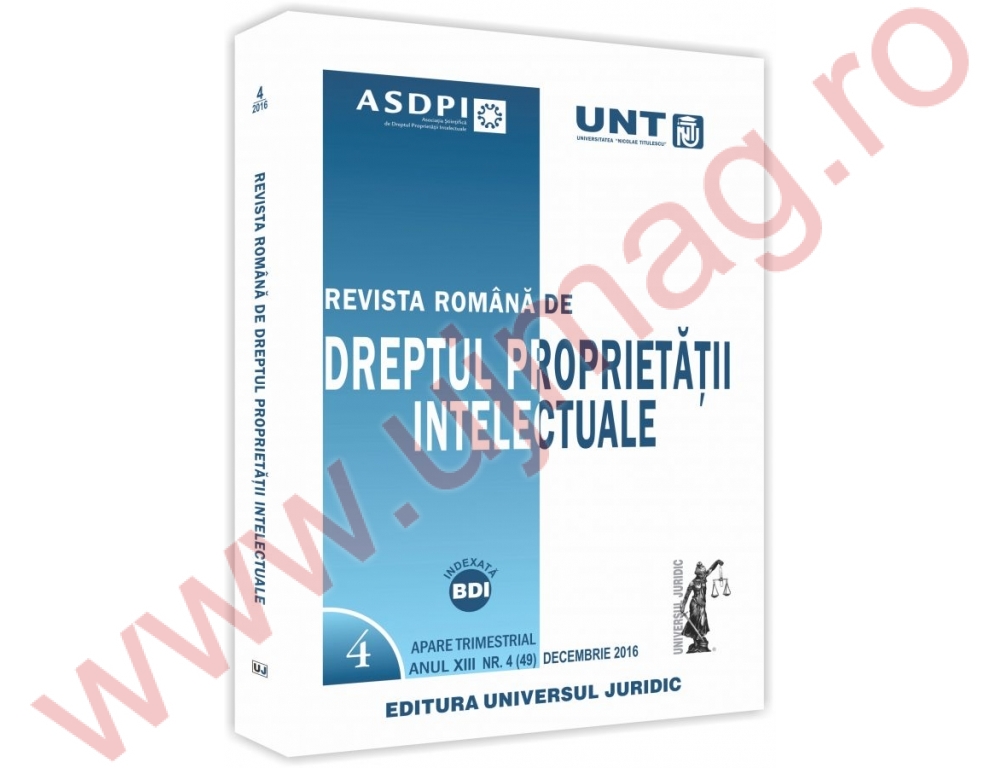 Summary/Abstract: It is dangerous to narrowly define plagiarism through the prism of special legislation regarding the good conduct in scientific research, technological development and innovation (Law 206/2004) and to disregard the law (general) of copyright (Law 8/1996), because at least, it might conclude (incorrectly) that we do not have plagiarism prior to the entry into force of Law 206/2004. In reality plagiarism represent the infringement of a moral (and imprescriptible) right to authorship of the scientific work protected by Law 8/1996 (art. 10 letter b), which is why this scientific crime defined in special legislation should be reported to the general legislation on copyright. The ban to takeover ideas from scientific work regulated under Law 206/2004 does not conflict with the exlcusion of ideas from copyright protection, according to art. 9 letter a) of Law 8/1996, as long as the special law (art. 4 para. (1) letter d) of Law 206/2004) protects ideas as components of a scientific work, which (along with expressions, demonstrations data, hypotheses, theories, results or methods used) differentiates each scientific works.