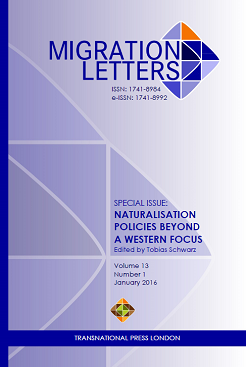 Summary/Abstract: In 1822 Liberia was founded as a place where free(d) enslaved African Americans could find freedom and liberty. While many of them did, the indigenous African population was, for a long time, excluded from citizenry despite fulfilling one of the essential criteria to be eligible for Liberians citizenship: Being Black. This prerequisite remains part of Liberian law today, rendering non-Blacks ineligible for Liberian citizenship. Today, this mostly affects the Lebanese community who originally came as traders and entrepreneurs to Liberia. This article analyses why Liberians defend race-based exclusionary citizenship practices.