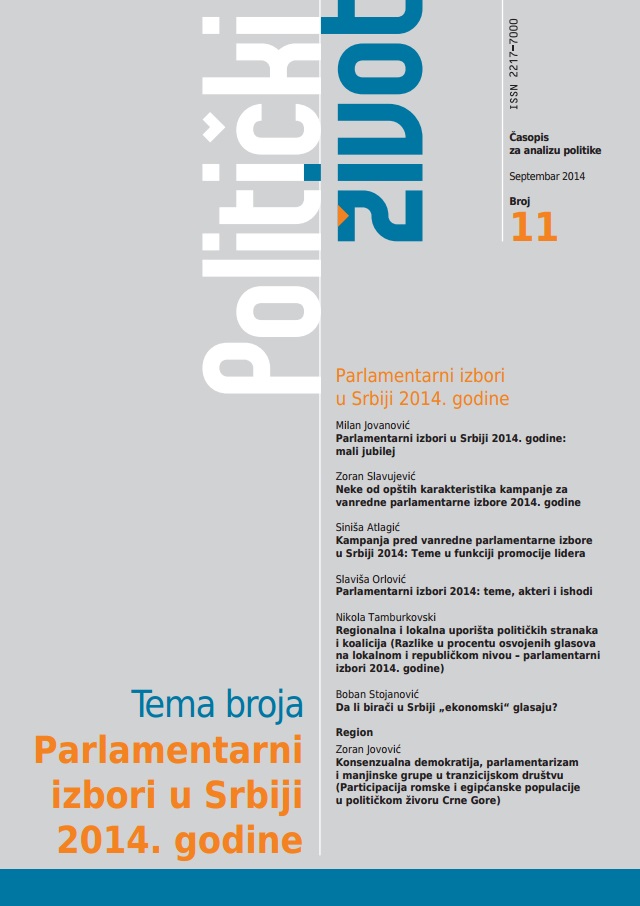 Summary/Abstract: In this paper we examine the motives of the election decisions when the voters vote in elections. That is, we wonder if the voters in Serbia economically vote? Economic voting assumes that voters make decisions based on the results of economic policies and economic policies proposals offered to the voters at the elections. The study are voters in Serbia voting economically, we highlight three periods: 2004–2007, 2008–2012 and 2012–2014. year. After the analysis of economic indicators and election results, we conclude that the voters do not vote economically.