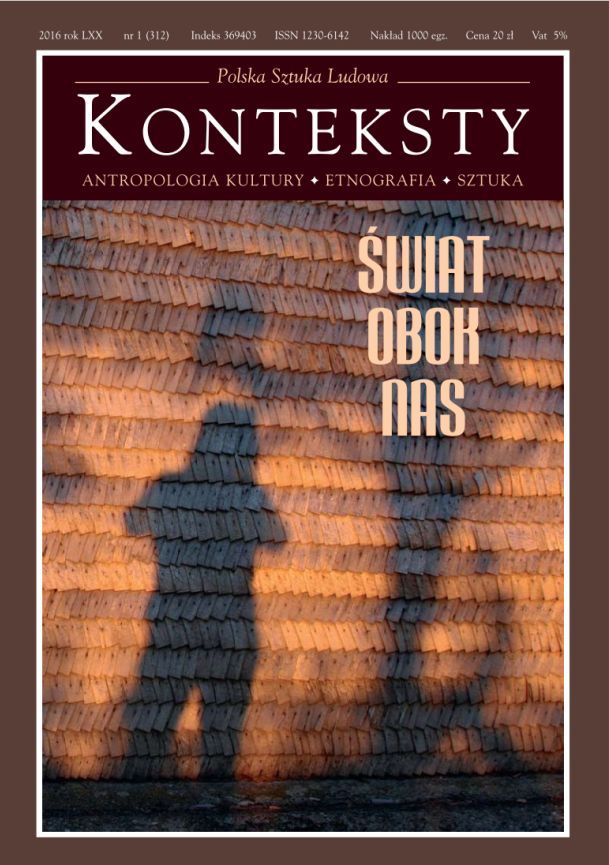 „Jak pamiętamy, tak będziemy pamiętani”. Sztuka Janusza Marciniaka wobec Zagłady
“How We Remember Thus We Shall Be Remembered”. The Art of Janusz Marciniak and the Holocaust

Summary/Abstract: The interest in the tragedy of Shoah demonstrated by Janusz Marciniak, although not devoid of personal motivations, coincided with the emergence of art conceived as “a discourse about the past”. German genocide treated as the most grievous crisis of history and rationalism is the object of a particularly in-depth debate, not merely artistic but also historical, philosophical, and sociological. Today, grief and commemoration of the Holocaust continue to function in Poland as a constant element of culture. Contrary to his oeuvre from the last two decades of the twentieth century, whose characteristic features include a considerable dose of painterly expression, Marciniak avoids affectation in his works dedicated to the Holocaust and is concerned with concise statements. Instead of an art of “the cry and suffering”, revealing the presence of fear, dread, and catastrophe, he proposes the poetic of calmness and reflections, and prefers to the artistic experiment the transparency of the document, the discipline of the text, and finally, the digital image, which became helpful in ridding the gesture of all rhetorical features, depersonalizing the visual stratum, and freeing activity via the image. Both in his undertakings pursued in the building of the public swimming pool in Poznań – originally a synagogue, and in monument projects and realizations an evocative visual effect was created with the assistance of simple means of expression and lucid metaphors. Due to their transparency they referred the recipient to his previous knowledge about the Holocaust and the life of the Jews in Polish lands, to the stories and images carried by all of us. The most essential has not been said, presented or enacted. It came into existence “between” and lasted outside all words. The works of the Poznań-based artist dealing with the Holocaust thus became part of a discourse about the “non-presentability of the Holocaust”, initiated by Theodor Adorno’s famous declaration about writing poetry after the barbarity of Auschwitz.