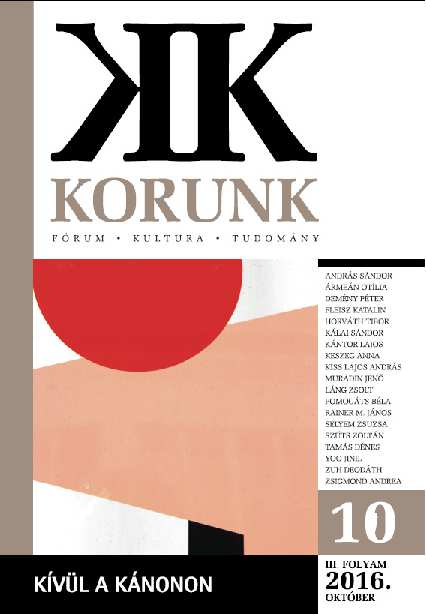 Summary/Abstract: In Transylvanian public life one has often witnessed the outbreak of heated debates about theatre in different towns and cities. Some people resent excessively “artistic” and incomprehensible performances produced in their cities, while others, on the contrary, are anxious about the spreading of a theatre model offering sheer entertainment. There are also certain approaches which are suitable to meet the challenges of the 2010s. There is a type of Transylvanian theatre which develops in accordance with contemporary theatre theory, international theatre practice, and is accepted by the younger generation (of artists and spectators) as well, however, only on the periphery. One of the goals of this paper is the interpretive presentation and the facilitation of the “emancipation” of this theatrical model. In this model, which could be called “the spectator’s theatre”, the artistic and aesthetic value counts less. In this model, social issues become more important for creators who try to establish a direct relationship with the audience. Improvisational nature, fragmentation, sensual presence, and the existence of civil and natural elements indicate that a performance fits into this pattern. We may also talk about the elements of these performances applying the terms/ genre definitions of contemporary theatre theory: performativity, postdramatic theater, devised theater, applied theatre. In the Transylvanian context, this way of thinking is mainly a characteristic of independent theatre companies (e.g. Tandem Group, Waiting Room Project).