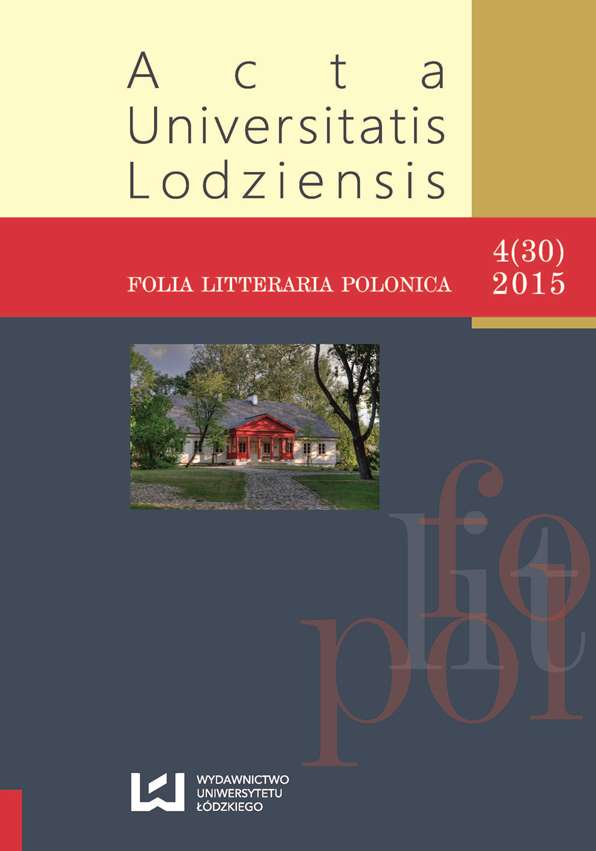 Summary/Abstract: There is more to the literary polemic between the author of "The Doll" and the creator of "The Trilogy" than merely Prus’ contradictory review of Sienkiewicz’s "With Fire and Sword". It also includes "The Doll’s" multifarious allusiveness to "Fire in the Steppe", manifested in particular in the meaningful, symbolic ending, whereby both protagonists blow themselves up, literally and metaphorically cornered in old buildings. Prus converses with Sienkiewicz in a discreet manner, though the careful reader will spot contentious issues. These include the struggle for a different type of protagonist – not a hero, but an individual entangled in romantic myths, paralysing their life forces; a different perception of the past, rational and fair rather than glorified and martyrological; finally, a different outlook on the present and the future, promoting entrepreneurship and economy as tools for the development of Poland as a European partner, rather than the idealistic focus on the utopian, foregone concepts of military achievements. The text highlights the similarities in the characters of Wokulski and Wołodyjowski, with special emphasis on the final scenes and the demise of the world after the protagonists’ respective disappearance. The two famous literary suicides, patterning after the deed of Ordon as depicted in Mickiewicz’s poem, have been parodied (e.g. by Mrożek) and adopted, thus becoming literary weapons in the struggle with the Polish mythopoeia, xenophobia, and exaggerated patriotism.