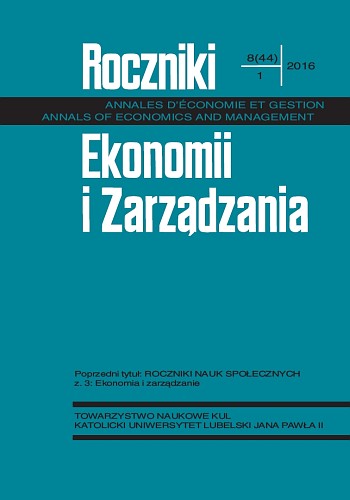 Summary/Abstract: In 1923 the Soviet Union began to receive credits from foreign firms for periods of 3 to 6 months. Despite an official credit blockade private entrepreneurs were interested in expanding their businesses into the yet unexplored Soviet market. This expansion had to rely on lending activity. However, the blockade made foreign bank and company loans expensive in the first period of reconstruction. Initially, these were short-term commercial credits, mostly intended to finance the Soviet imports of finished products since the circulation of goods was mostly regulated by the State interventionist policy at that time. In the years 1921–1925, the major types of foreign credits associated with Soviet imports were: a) trade credits secured with bills of exchange, b) acceptance-reimbursement credits of foreign banks. Starting in 1926 the governments of capitalist countries began to support industrial companies exporting goods to the USSR on credits secured with bills of exchange. Exporters had to pay a commission to certain institutions for guarantees they were given by the State. The commission along with interest on the credits was reimbursable by the Soviet import organisations.The basic rule of the trading policy in the Soviet Union of 1918–1940 was to adjust imports to a particular demand specified in the plan. The general State trading plan established assumed volumes of export and relevant imports. In this way, a positive trade balance was attempted. Using the endorsed plan as the starting point and the resources coming from exports, the Commissariat of Foreign Trade executed the plan of imports buying goods abroad on convenient terms. During the fiscal year, exports were monitored and based on its volume permissions (licences) were issued to bring goods into USSR stating the country of origin, kind of goods and the price for which they were to be bought