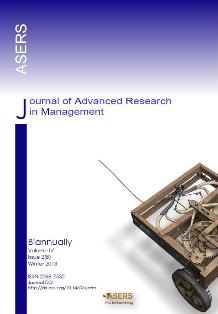 Summary/Abstract: The issue of taxation has grown in importance in the light of their significant share of the government revenue. There are several ways of expressing the tax burden of countries. This paper describes the traditional approach as a share of tax revenue to GDP which is applied to the total taxation and the capital taxation as a part of tax systems affecting investment decisions. The implicit tax rate on capital created by Eurostat also offers a possible explanation of the tax burden on capital, so its components are analyzed more in detail. This study uses one of the econometric methods called the hierarchical clustering. The data on which the clustering is based comprises countries in the EU27 for the period 1995 – 2012. The aim of this paper is to reveal clusters of countries in the EU27 with similar tax burden or tax changes. The findings suggest that in general countries with low tax burden are mainly newly acceding countries (2004 and 2007), which tried to encourage investors by favourable tax rates. On the other hand, there are mostly countries of the original EU15. Some clusters may be explained by similar historical development, geographic and demographic characteristics