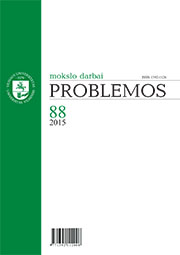 Summary/Abstract: Descartes’ corpus is generally considered to be a watershed between scholastic and modern philosophy. According to common opinion, Cartesian method of radical doubt, the one presented and practiced in Descartes’ philosophical works, discloses new horizons to the mind – it allows to reach indubitable certainty from the “first-person-perspective”, without appealing to the unverifiable hypotheses about the relation of the subject of perception to perceptual objects. This paper argues that such an approach to Cartesian philosophy is superficial. The deeper insight reveals both explicit and implicit presuppositions of Descartes, which in the practice of the radical doubt remain unquestionable and, moreover, eventually are established as fundamental principles of worldview or norms of rational thinking.