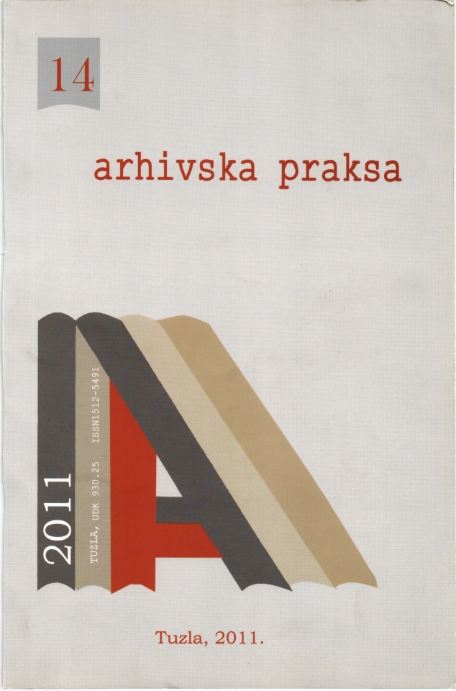 Summary/Abstract: This paper discusses the importance of documents of the war provenance (1992-1995), both those official character that subsumed under the term "archival material", and those that were created in some other way (photos, audio and video recordings, war diaries, memories, etc.). Their importance is multidisciplinary in many scientific disciplines (this paper emphasis archival and historiographical aspects), and the more general need to retrograde attitudes, events and phenomena (such as wars) a comprehensive and scientific exact investigate, elaborate in mind the scientific conclusion (Court ) placed in front of professional and scientific circles and the wider public. From all this, ie. from the scientific interpretation and its social valuation, ultimately depends on the character of civilization messages by this civilization leaves legacy following civilizations. The essence of all this are primarily woven archival and historiographical aspect, which is the work of applying and analyzing the competitive examples.