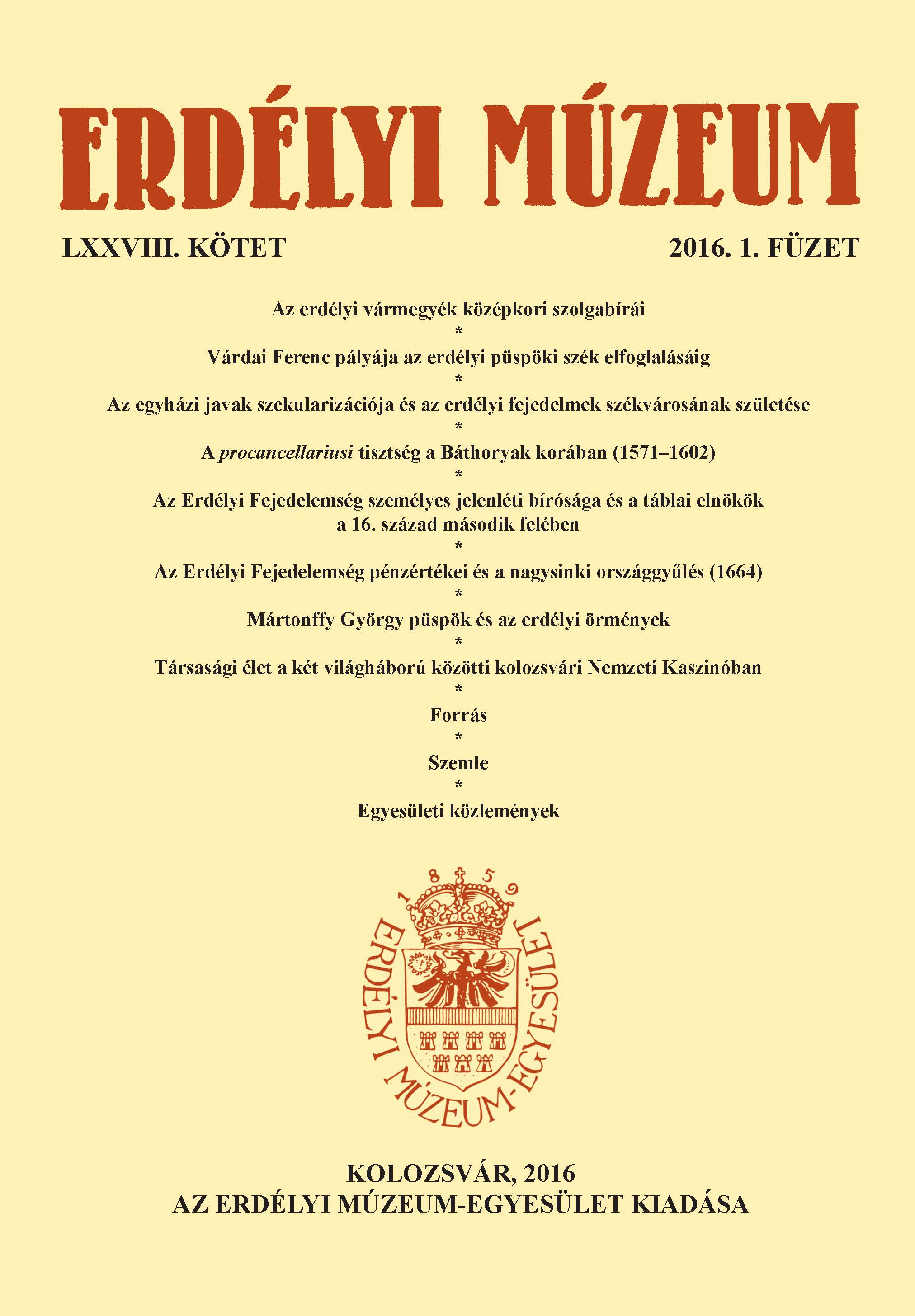 Summary/Abstract: The aim of this paper is to present the office of procancellarius of the Transylvanian princely chancellery during the Báthory era on the basis of archival sources. This new office appeared at the end of the year 1575, and first was held by Márton Berzeviczy, previously princely councilor and secretary of the chancellery. Then it was taken over by Ferenc Sulyok, formerly protonotarius, respectively by the cubicularius Miklós Bogáthi. Since this solution was used to coordinate the activity of the chancellery only when the office of chancellor was vacant, the office did not become a permanent one. Usually the duties of procancellarius were similar to those of the chancellor’s. Based on the examined charters and other sources my research revealed that they fulfilled tasks concerning diplomatic correspondence, countersigning documents, verification of princely mandates, opening letters of report, and supervising the libri regii.