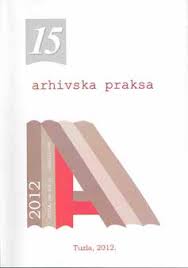 Summary/Abstract: After crossing over ( which has began in 1992 ) , the new owners of economic enterprises has not want to take over responsibility for the " old " archives . This is especially expressed at companies that were in bankruptcy , where archivists always stoped in front of the " mountain " of unregulated current records and they have to deal with that all alone because there were nobody else in the abandoned areas... So here are described the most significant examples of the archival material taken from companies in bankruptcy in the northwest area, which are under the jurisdiction of the Historical archives of Ljubljana , in the Gorenjska region .