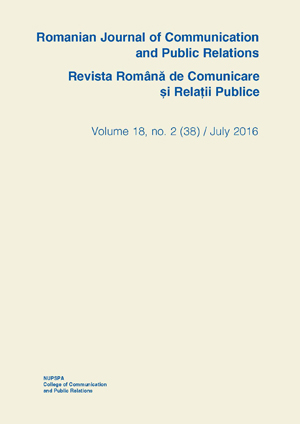 Summary/Abstract: Populism is on the rise in Europe; this is a fact attested by the success of populist parties in recent elections (regional, national, European). Populists’ electoral performance can be explained from a variety of perspectives, depending on the focus of the analysis; e.g. ideological, socio-economic, political factors. This paper aims to contribute insightful observations to the attempts to show how these parties have managed to score so well in elections by analyzing the communication and discursive practices used by populist politicians. I will focus on examining elements of populist rhetoric used by populist politicians, as well as by mainstream politicians in televised debates and election posters from the 2014 European Parliament election campaign in Romania.