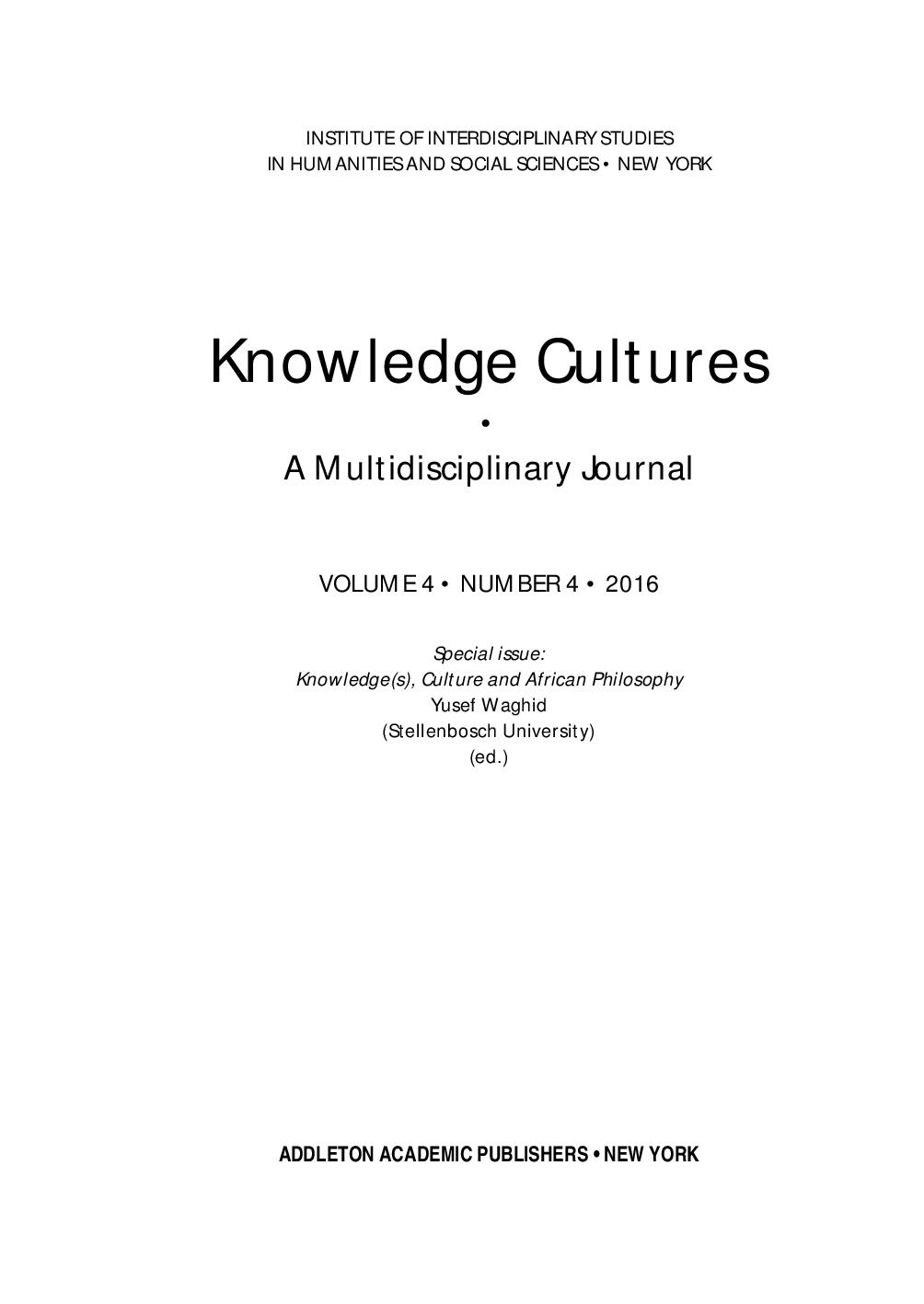 Summary/Abstract: In this essay I argue for a distinctively postmodern African knowledge culture which recognizes that knowledge is not only local, but also inter-subjective. Such an African knowledge culture not only includes the idea of what I refer to as plural conversations in an inter-African context, but also includes a cross-cultural knowledge that facilitates cross-cultural dialogue and understanding. In the light of this, I propose an orientation to African knowledge culture that has cultural relevance insofar as it is mounted on concepts peculiar to an inter-African context, as well as in the larger context of a continuing cross-cultural dialogue. Such an African knowledge culture acknowledges the necessity to develop the ability to grasp the fundamentals of indigenous African cultures and other cultures by way of adopting and living out what I call a postmodern dis-position. Such a postmodern dis-position would perceive an African knowledge culture not only as an inter-cultural African philosophy of personal intent, but also as the practice of cross-cultural dialogue, where culture takes on the form of a consensual or social epistemology, that is, an epistemology deliberately situated in a particular cultural context and sensitive to the need for cross-cultural dialogue. In this instance, the individual recognizes and exercises knowledge(s) appropriate to his/her culture, and at the same time has a critical awareness of the knowledge(s) and cultural traditions of both his/her culture and that of other cultures. In so doing, the individual constructs a sound epistemic identity for his/her culture, as well as one that meets the particular demands of his/her unique cultural context. Such an epistemic identity perceives of philosophy as a product of, and a reflection on, reality, as a guide to life; while the experience out of which philosophy emerges is determined by how people have lived in their particular historic and cultural contexts.