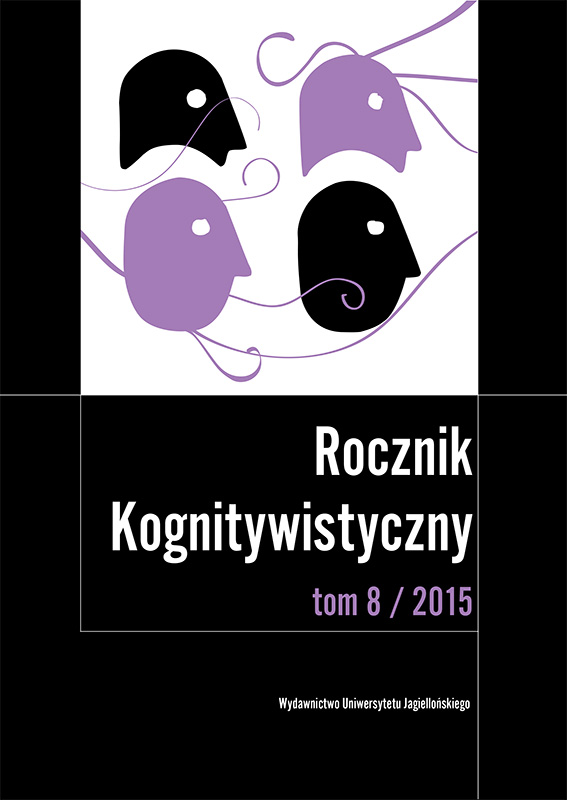 Summary/Abstract: One of the functions of cognitive control is to detect difficulties in information processing and adjust the level of performance. This article presents study on confl ict adaptation in which we investigated how detection of cognitive conflict influences behaviour on a subsequent trial. In two experiments we aimed to find out whether the adjustment can be carried out across two kinds of cognitive conflicts: between competing responses and requirements of two tasks. The modified version of the flanker task in switching paradigm was used so that participants had to switch between two tasks that shared the same stimulus set. The results showed that the two kinds of confl icts did not interact with each other. Furthermore, each conflict evoked conflict adaptation, but this adaptation did not occurred across conflicts. This suggests that conflict adaptation covers a set of mechanisms functioning uniquely in one domain.

„Poczucie ciepła” – czym jest, skąd się bierze i czy warto się nim zajmować? „Feeling of Warmth” – What Is It, Where does It Come from and Is It Worth Studying? 2010
2020 © CEEOL. ALL Rights Reserved. Privacy Policy | Terms & Conditions of use
ICB - InterConsult Bulgaria ver.1.4.0210